The AR-15 may be a great design, but there is still room for improvement in some areas. One example is the bolt release; it requires that you move your entire hand to press it - a rather inefficient maneuver. If you would like to speed up reloads and jam clearing, you need the Extended Bolt Release V1 (EBRV1) from Phase 5 Tactical.

This piece consists of a lever that screws onto the existing AR-15 bolt catch / release. It extends into the trigger guard, so all you have to do to release or lock back your bolt is push the lever with your trigger finger - no more having to use your whole hand just to actuate the bolt release!

The Phase 5 Tactical Extended Bolt Release lever is made of heat-treated steel, so you can be sure it will hold up to constant use and abuse. 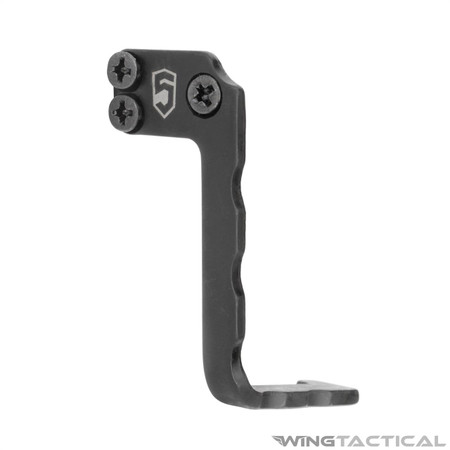