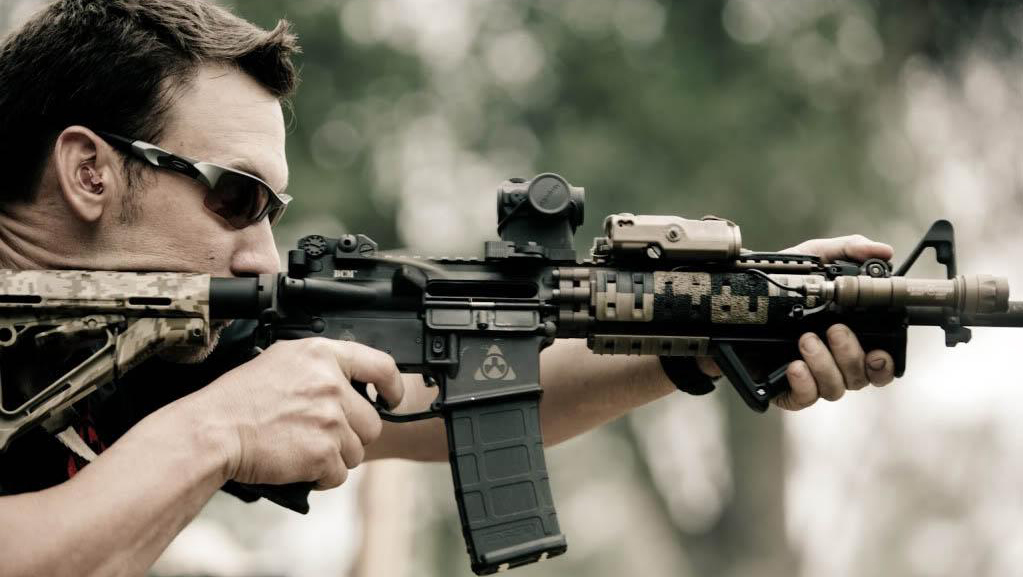 The AR-15 is an increasingly popular platform for gun enthusiasts in all fields, including competitive shooting, home defense and even hunting. This versatile, modular gun can be assembled in numerous configurations, including a traditional long barrel rifle, the compact short barreled rifle (SBR) or the AR-15 pistol.

The SBR and AR-15 pistol are similar but feature important differences that can alter their status and legality.

What Legally Constitutes an AR-15 Pistol or SBR?

Understanding the definitions and configurations of the SBR and AR pistol is crucial. The two are physically similar, but small changes can make a big difference when it comes to complying with federal and state laws and restrictions.

The following specifications and regulations for these two firearms are established and enforced by the U.S. Bureau of Alcohol, Tobacco, Firearms and Explosives (ATF).

The ATF defines a pistol as a gun designed to fire a projectile when held in one hand. A pistol, they specify, must have a chamber permanently aligned with the bore and a short stock at an angle to and extending below the line of the bore.

AR-15 pistols are built on an AR-15 action and receiver but must be designed to be fired with one hand. The pistol cannot include a shoulder stock, but can include pistol braces that help to stabilize the shooter's arm. Barrel length usually varies from 3 to 12 inches, though the ATF doesn't make this specification.

More important than barrel length, the ATF has advised paying close attention to your length of pull. Your AR-15 pistol should have a length of pull measurement of less than 13.5 inches, or else it may be considered a redesign for shouldered firing.

According to ATF specifications, a short barreled rifle is a gun designed or redesigned to be fired from the shoulder, firing a single projectile through a rifled bore with a barrel length of less than 16 inches. If the barrel is greater than 16 inches but the overall length is less than 26 inches, the gun is still classified as an SBR.

AR-15 SBRs are designed to fire from your shoulder and have a traditional buttstock design. This compact firearm is great for use with removable suppressors.

In terms of ballistics, the AR-15 pistol and SBR are nearly identical. Both firearms are small, ergonomic and maneuverable while delivering high-powered rounds. The primary difference between the two is how they're configurated and how they're legally regulated.

The AR-15 pistol must be designed to fire with one hand, while the SBR should be designed to fire from the shoulder using a traditional buttstock. Over the years the ATF has gone back and forth over if it is legal to shoulder a pistol brace. As of 2019, the ATF ruled that use of an arm-brace equipped firearm from a firing position at or near the shoulder does not turn the pistol into an SBR.

Additionally, your SBR can include a vertical forward or forend grip (VFG) that allows you to keep two hands on the gun when shooting. These grips are not permitted on a firearm classified as an AR-15 pistol because the guns are intended for one-hand firing.

Knowing and conforming to these specifications is an important part of ensuring you're following the laws and regulations in place surrounding these two guns when you're building or buying your next AR-15.

Are AR-15 Pistols and SBRs Legal?

It's legal to build or own both the AR-15 pistol and SBR federally and in most states — however, the SBR is subject to greater legal restrictions. Knowing the legal definitions of each firearm, the associated restrictions, and how your AR-15 complies will save you a lot of legal headaches.

Firearms that comply with AR-15 pistol standards are legal to own or build without any additional paperwork. In order to build or purchase an AR-15 SBR, you must complete ATF Form 1, pay a $200 tax and wait for approval. Once you're approved, you'll need to file a Form 20 for approval any time you plan to cross state lines with your SBR. The AR pistol does not require permission to cross state lines.

While these SBR restrictions can seem tedious, the process is fairly simple to navigate with a little guidance from your local ATF agent. You'll fill out some forms in duplicate, get a signature from your local chief law enforcement officer and send everything in with fingerprint cards and passport-style photos for identification. The approval process usually only takes a few months.

Keep in mind that each state has its own laws about what firearms are legal, restricted or banned altogether. Though your gun may be compliant with federal laws, your state's laws may not align. For example, AR-15 SBRs are not legal in Hawaii, New York, New Jersey, California or Rhode Island, even with federal approval.

Which One Is Better?

Deciding between an AR-15 pistol and SBR comes down to your preferences and priorities. The guns are almost identical in terms of ballistics and handling, but the difference in shootability and legality can help you make the decision.

The SBR will likely be the more shootable option because its traditional buttstock is comfortable and provides great accuracy. If you're willing to navigate the approval and registration process and pay the $200 tax, the SBR is a great firearm.

On the other hand, the AR-15 pistol delivers nearly identical performance without as many legal restrictions, and you don't need to fill out any extra paperwork to buy, build or transport it. The biggest disadvantage of the AR-15 pistol setup is that your accuracy may suffer from the one-handed firing.

Both firearms offer comfortable, compact, comparable power, so deciding which is better will come down to each individual's preferences. Evaluate your needs and intended applications, and select whichever makes the most sense for your situation.

Build Your Next AR-15 Pistol or SBR With Wing Tactical

At Wing Tactical, we offer a wide selection of barrels, stocks, braces, grips and other components to help complete your next build and optimize your AR-15, whether it's an SBR or an AR-15 pistol. Browse our online inventory to find the parts you need, and contact our experienced team if you need help understanding the definitions and regulations surrounding these two excellent firearm builds.