Pistol braces are pretty common these days, and many manufacturers use them with their AR pistols and other large pistols that are too big to shoot comfortably with one hand. However, where did they come from, and how were they developed? How do they work? These are some questions we will answer today.

What is a Pistol Brace

A pistol brace, which may also be called a stabilizing brace or arm brace, is a device designed to replace a traditional buttstock on a firearm and can help shooters fire the weapon with one hand. Pistol braces were designed and advertised as an accessory for disabled combat veterans to shoot rifles more easily with one hand. 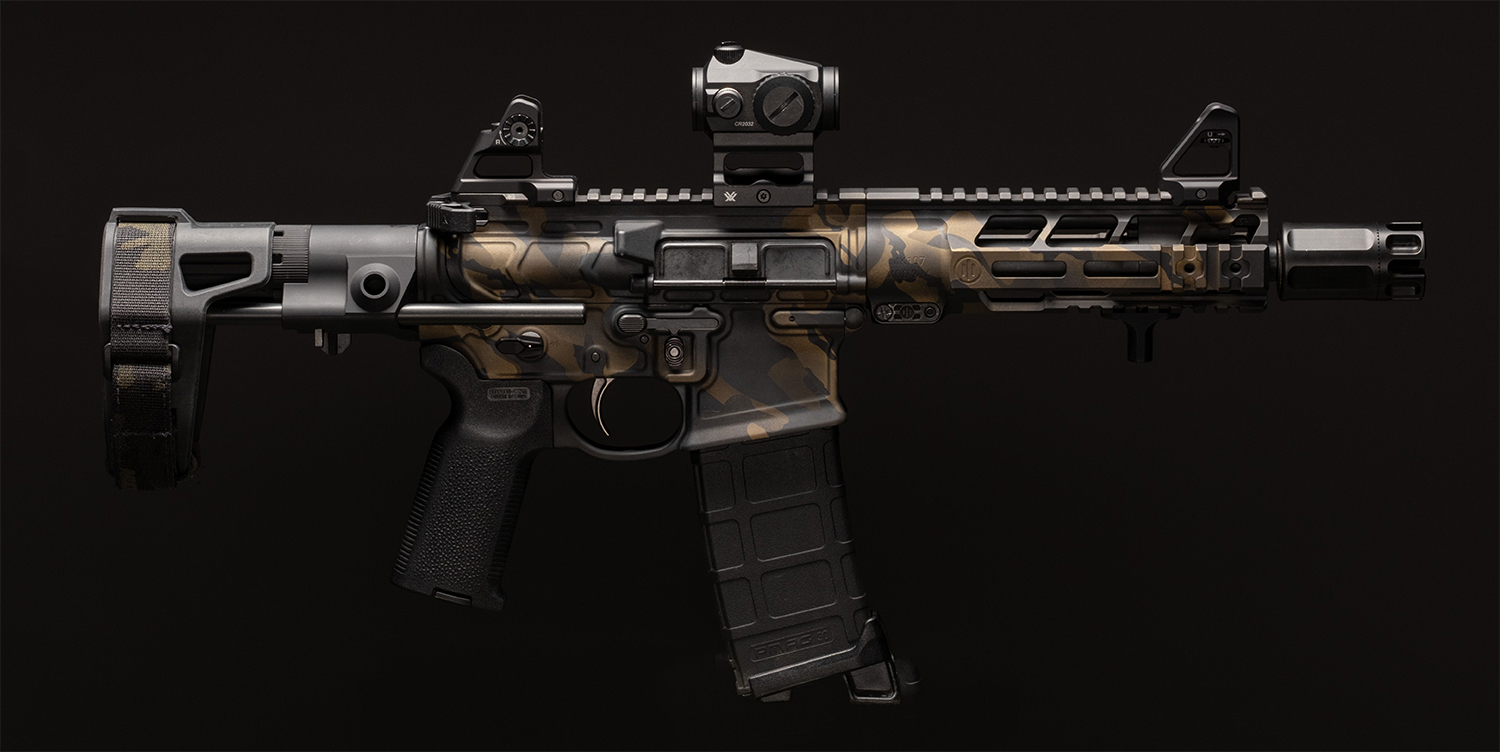 History of the Pistol Brace

The pistol brace was developed not too long ago by a brand called SB Tactical. Alex Bosco was a USMC and Army veteran, and when he came back to the states, he visited a shooting range with a disabled combat veteran. He noticed that this veteran was having difficulty controlling the firearm he was shooting. Bosco then came up with the design of the pistol stabilizing brace.

He founded the company SB Tactical, and after getting approval from the ATF started making the first pistol braces. Pistol braces gained a lot of popularity, and the first two companies to start using them were Century Arms and Sig Sauer. Pistol braces were especially popular with Sig Sauer, and they introduced their line of AR pistols that used pistol braces.

Slowly and surely, other brands also started using pistol braces, not only for AR pistols but also for many other firearms, including AKs, HK, and CZ firearms as well.

How a Pistol Brace Can Enhance The Shooting Experience

Typically, firing an AR pistol with one hand can be difficult. The weight is really off balance, and the gun tends to fall forwards. A pistol brace attaches to the buffer tube of an AR pistol and secures the back of the pistol to your arm, allowing for more accurate and easier shooting.