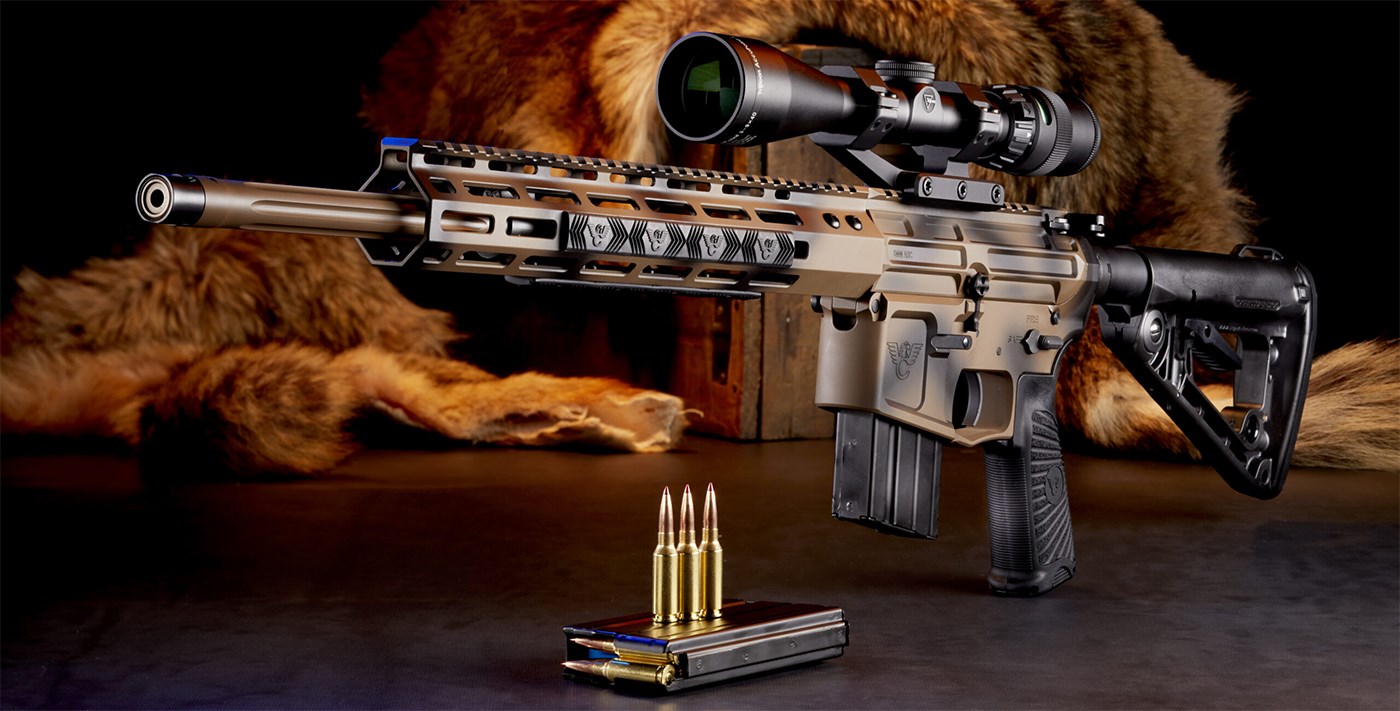 Over the years, rifle ammunition has evolved quite dramatically. Going back to the world wars, most armies used very large calibers since the typical range of engagement was quite long. Gradually, armies moved on to smaller calibers that were faster and more efficient. These intermediate cartridges, like the 7.62 NATO, 5.56 NATO, and the Russian 5.45x39 and 7.63x39, are great for close-range engagements and hold their effectiveness at medium range.

However, now the ammunition needs of militaries are changing again, as body armor is becoming more effective and widely available. Calibers like 6.8 SPC and 6.5 Grendal are becoming quite popular since they deliver more power downrange while still being as controllable as intermediate calibers.

These days, 6mm ARC is one of the hottest new calibers on the market. It has shown exceptional performance in hunting, competition, and combat roles, and many call it the future of rifle ammunition. So, in this post, we will talk about the famous 6mm ARC caliber and tell you everything you need to know about it.

Background Of The 6mm ARC

The 6mm ARC or Advanced Rifle Cartridge is an intermediate rifle cartridge that Hornady recently designed in 2020. The caliber was made to work with the AR-15 platform and offer militaries, law enforcement, and civilians a low recoil caliber that maintains high accuracy and long-range effectiveness.

The 6mm ARC was designed for the multipurpose combat rifle program; a specialized group started within the U.S. DoD. The cartridge has incredible potential for military use and is excellent for hunting and competition shooting.

The 6mm ARC was designed as a cartridge that can do everything. It can be used by militaries and law enforcement as a combat cartridge, and it would give them several benefits over a traditional 5.56 or 7.62.

Smaller intermediate calibers, like the 5.56 NATO and 5.45x39mm, are great for shooting at close to medium ranges; however, they start to lose their energy at distances of around 500 meters. These calibers are effective against body armor at these longer ranges and don't do as much damage as a larger caliber like .308. However, calibers like the .308 also have their drawbacks. They are a heavy platform, which can have a lot of recoils. Moreover, with .308 rifles like the AR-10, you usually have lower magazine capacities as well. Therefore, the 6mm ARC bridges the gap between the intermediate and battle rifle calibers while maintaining low weight and high capacity. This gives it an excellent tactical advantage.

The 6mm ARC is also an excellent cartridge for hunting. In most states, hunters can hunt with the AR-15s. 6mm ARC is designed for the AR-15 platform and offers a long effective range of up to 1000 meters. With the bigger bullet, the 6mm ARC has more stopping power and is much more effective in putting down big games like deer and elk.

Like other cartridges designed by Hornady, the 6mm ARC was also designed so that every aspect is in harmony with its chamber design for maximum accuracy down range. Though AR-15s are accurate, the 6mm ARC is much more accurate at longer ranges. The profile and extra mass of the bullet allow it to cut through the air more effectively, yet it is not so heavy that it starts to experience a massive bullet drop. The 6mm ARC is a relatively smooth shooting cartridge, and Hornady also makes premium match grade 6mm ARC ammunition that gives you the best possible performance out of the cartridge.

5.56 NATO is a very capable cartridge. However, it does have its limitations. On paper, the effective range of 5.56 is 650 to 700 meters, but in reality, even if you do hit something beyond 500 meters, 5.56 does not carry too much energy. On the other hand, 6mm ARC has a wider casing and more powder. Moreover, it has a heavier projectile and a better ballistic coefficient than 5.56 NATO. This means that 6mm ARC is effective at up to 1000 meters and retains more energy because of its higher caliber, weight, and better ballistics.

Another major advantage that 6mm ARC has over 5.56 NATO is that it is a way better caliber for big game hunting. Many states don't even allow deer hunting with .22 caliber cartridges. Therefore, the 6mm ARC will enable hunters to use their AR-15 platform rifle for hunting.

When it comes to military use, 6mm ARC has several significant advantages. One of the main wines is that morphing it for various applications is easier because of the larger bullet. For instance, 6mm bullets are easier to turn into tracers, armor piercing, and incendiary rounds. In contrast, the small .22 caliber bullet of a 5.56 NATO cartridge does not have enough space for such variations.

The .308 Winchester, or 7.62 NATO is a very popular caliber. For a long time, it has been the goto caliber for militaries and law enforcement when intermediate calibers like 5.56 aren't strong enough to get the job done. However, 7.62 NATO is a very old caliber, and since its design, our understanding of ammunition and firearms has come quite a long way.

.308 is bigger than the 6mm ARC in size and has much more significant recoil. However, 6mm ARC offers similar effectiveness at long ranges while being very easy to shoot at shorter ranges. 6mm ARC has low recoil and a better ballistic coefficient than .308. It is also more accurate and flat shooting.

Being larger, .308 also offers lower capacity on most platforms, whereas 6mm ARC can offer higher magazine capacity while lighter than .308.

In the simple world, the 6mm ARC offers the perfect middle ground between an intermediate and battle rifle cartridge. It is effective at all ranges, up to 1000 meters, and very accurate. Though it is a relatively new caliber, it is slowly catching on, and many firearm manufacturers are making AR platform rifles chambered in 6mm ARC. If you have an AR-15 chambered in 5.56 NATO, changing it to 6mm ARC is easy. All you have to do is change the  barrel, bolt carrier group, and magazine. So, is 6mm ARC the caliber of the future? Only time will tell; however, it has much potential.