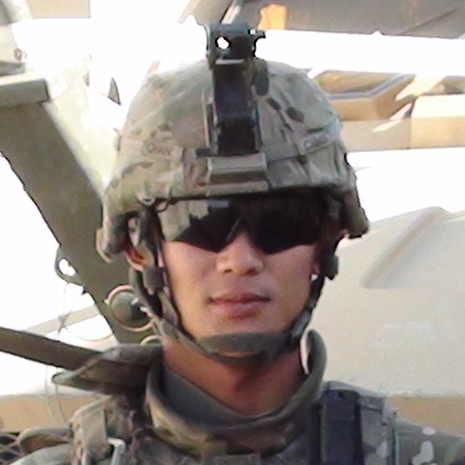 Frankie Chan grew up in Los Angeles, California. He enlisted into the Active Army in January 2010. After completion of AIT, he was assigned to the 720th Military Police Battalion, Fort Hood, Texas. In 2011, SGT Chan deployed in support of Operation Enduring Freedom (OEF). He has completed over 250 combat missions during his deployment, including combat patrols, night operations, HVT operations, search and cordon missions, etc. He was also tasked to live with the Afghanistan National Police and train them on how to conduct combat patrols, first aid, evidence collection, tactical movement techniques, and much more.

After serving five years in the Active Army, SGT Chan joined the Army Reserve and began training and preparing new Soldiers for future deployments. During one of his unit’s annual training in 2017, SGT Chan was selected to co-work with the S2 Intelligence section by implementing a base defense. As a result, SGT Chan was one of the two Soldiers named “Hero of the Battlefield” for his contribution to the success of the training.