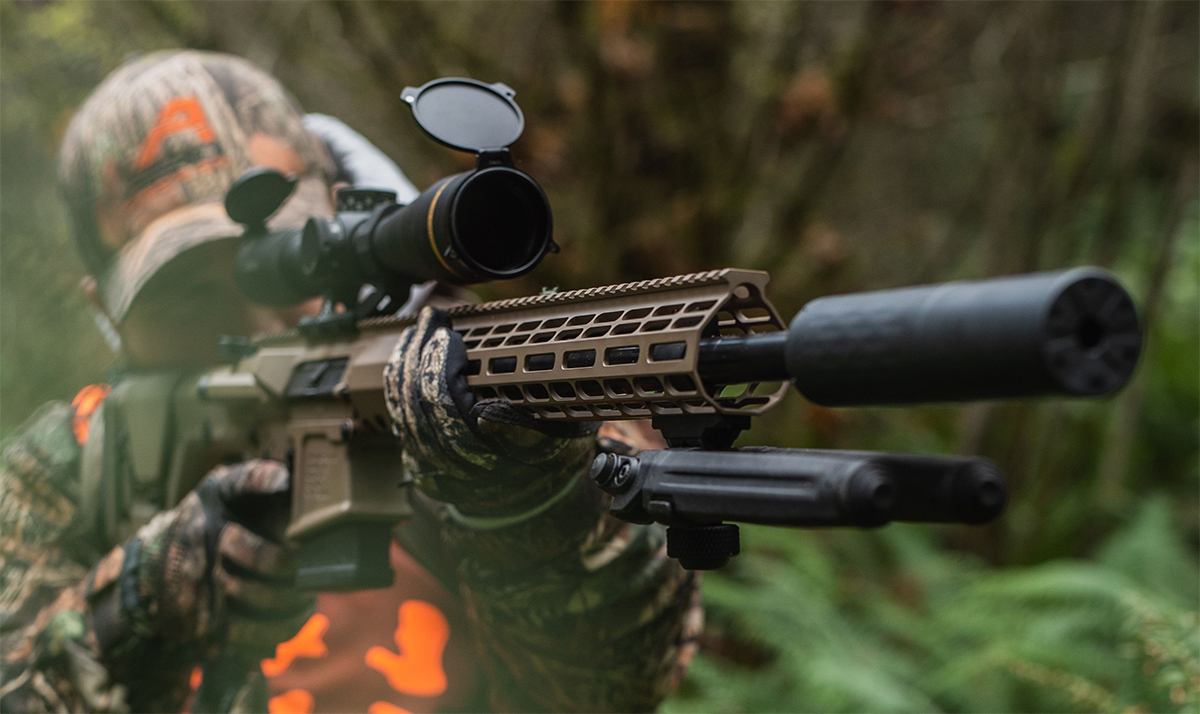 AR-15s are popular rifles, and yes — they are legal to hunt with (in most states). These rifles offer a wide range of advantages, whether you're out hunting deer or looking for smaller game during the off-season. If you plan on going hunting with an AR-15, first make sure it's legal in your location and that your configuration suits the task.

STATES THAT ALLOW HUNTING WITH AN AR-15

The first thing to consider when purchasing a new firearm, moving to a new area or traveling across state lines for hunting is legality. AR-15s are semi-automatic, magazine-fed, have pistol grips and often have collapsible buttstocks. These features all qualify the AR-15 for classification as an assault weapon, making it illegal to own or take hunting in multiple states. 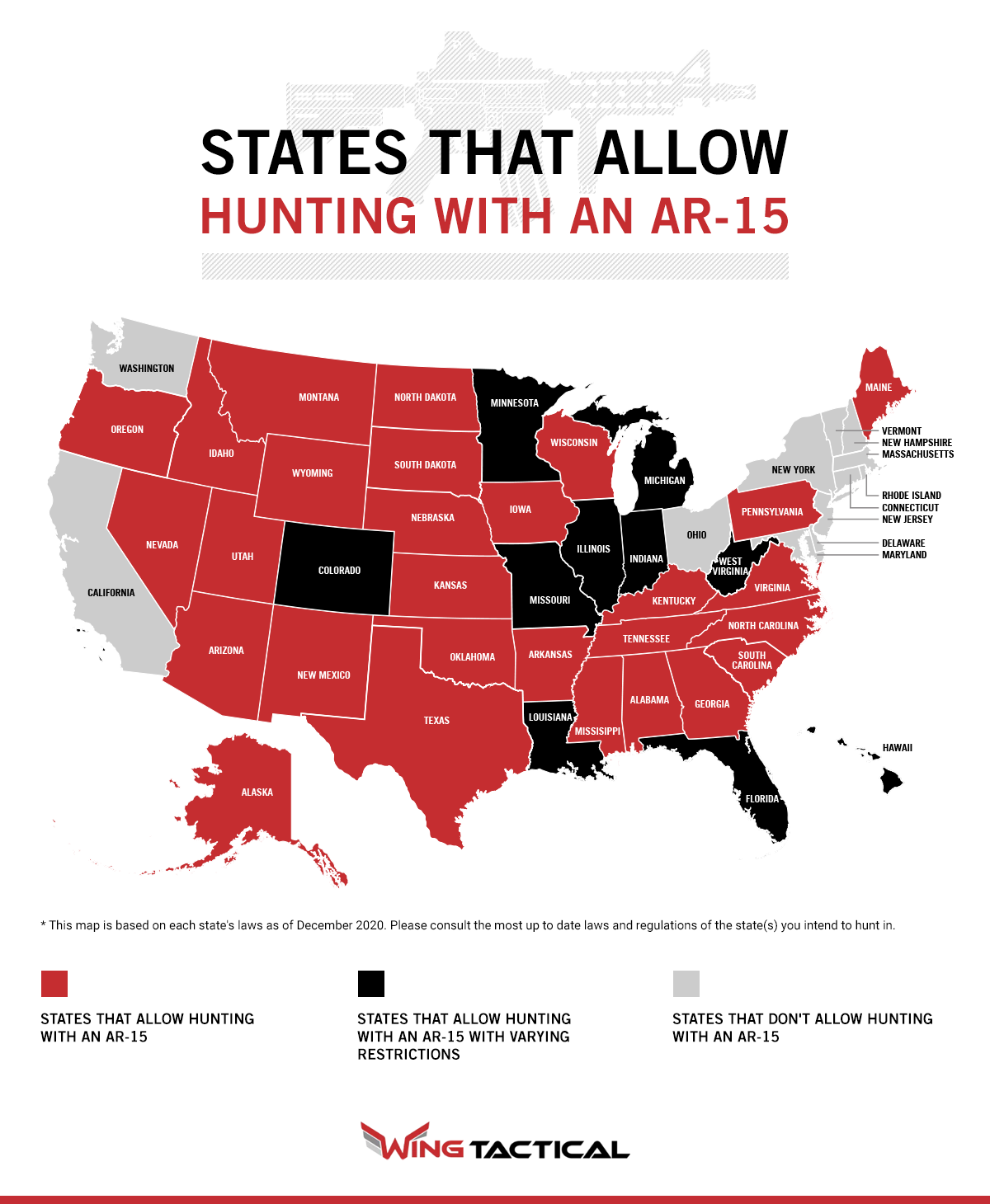 States that allow hunting with an AR-15

States that allow hunting with an AR-15 with varying restrictions

While each states has different levels of restrictions, the most common restrictions are related to magazine size and minimum cartridge sizes .

States that don't allow hunting with an AR-15

*This list is based on each state's laws as of November 2020. Please consult that most up to date laws and regulations of the state(s) you intend to hunt in.

Local governments can also impose bans even if hunting with an AR-15 is legal elsewhere in the state. Certain cities and counties in Illinois and Indiana have local bans, and it is illegal to possess AR-15s in Washington, D.C. As with all firearms, always make sure you understand and obey all local laws.

Even if your state allows you to own an AR-15, there are many state laws regulating bullet size for hunting game. Colorado, Illinois, Iowa, Virginia, Ohio, Washington and West Virginia all allow AR-15 ownership but require that hunters use cartridges larger than .223. Still other states only allow the use of straight-wall cartridges, which rules out many rounds that are popular for the AR platform.

If you would like to use your AR-15 to hunt in restricted states or want to bag larger animals in any of the fully legal states, you can configure your rifle to fire larger rounds. AR-15s are modular, and you can swap components out using simple tools to turn yours into several hunting rifles in one. With a new barrel, bolt carrier group and compatible magazines, you can build an AR-15 hunting rifle capable of firing:

Hunters like using AR-15s for many of the reasons these rifles are so popular with the military, law enforcement, competitive shooters and a broad range of gun enthusiasts. These rifles are lightweight, easy-to-carry alternatives to traditional hunting rifles, and they offer several significant advantages:

Create an AR-15 hunting rifle using parts and accessories from Wing Tactical. We only carry products we'd trust in our hunting rifles, and our team can help you determine which parts best match your requirements. Contact us today and look at our selection of barrels, bolt carrier groups and magazines to get started.

View Our Selection of AR-15 Barrels

View Our Selection of AR-15 Magazines