A suppressor, also known as a silencer or can, is a small cylindrical device that fits onto the muzzle of a handgun or rifle and reduces the intensity of the sound during discharge. In some instances, it can be beneficial to use a fake suppressor instead of the real thing.

What's the Benefit of a Fake Suppressor? 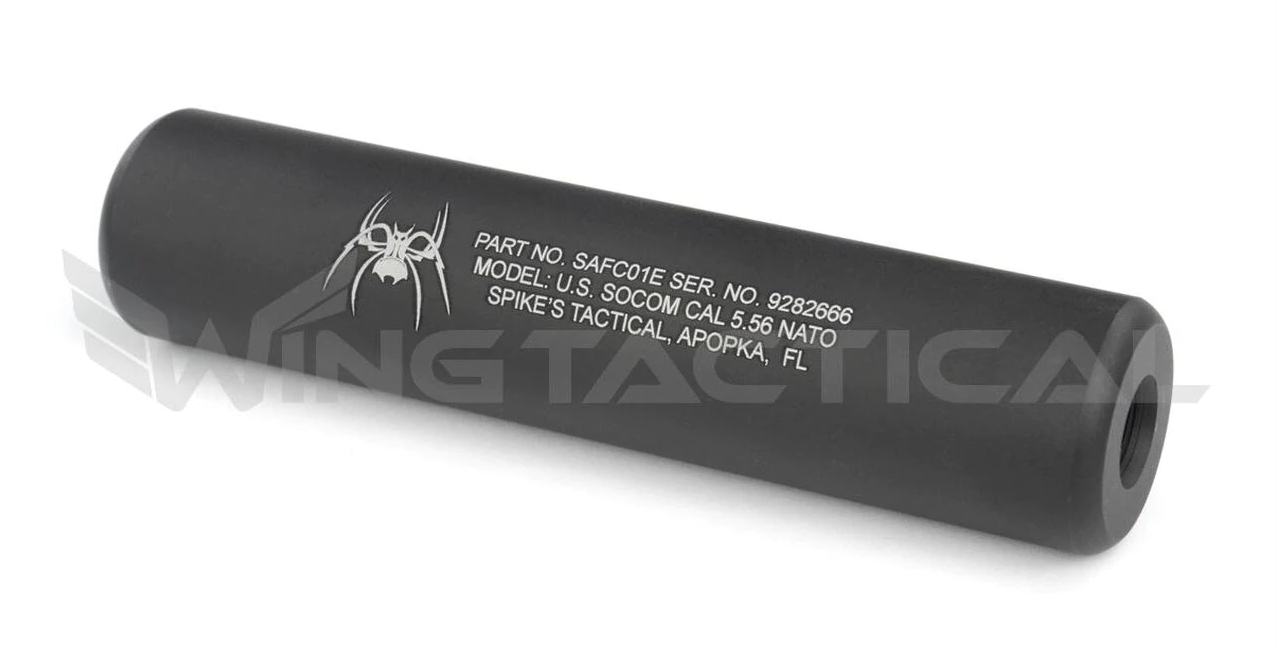 Although fake suppressors don't perform like the real thing, they do provide some benefits for gun owners:

Wing Tactical carries several fake suppressor versions that fit a wide variety of guns, including "fake cans" from Spike's Tactical. These suppressors provide the cosmetic look of a short barreled rifle — and they're entirely legal. The thread-on design enables you to install them without tools and they fit inside most rail systems. 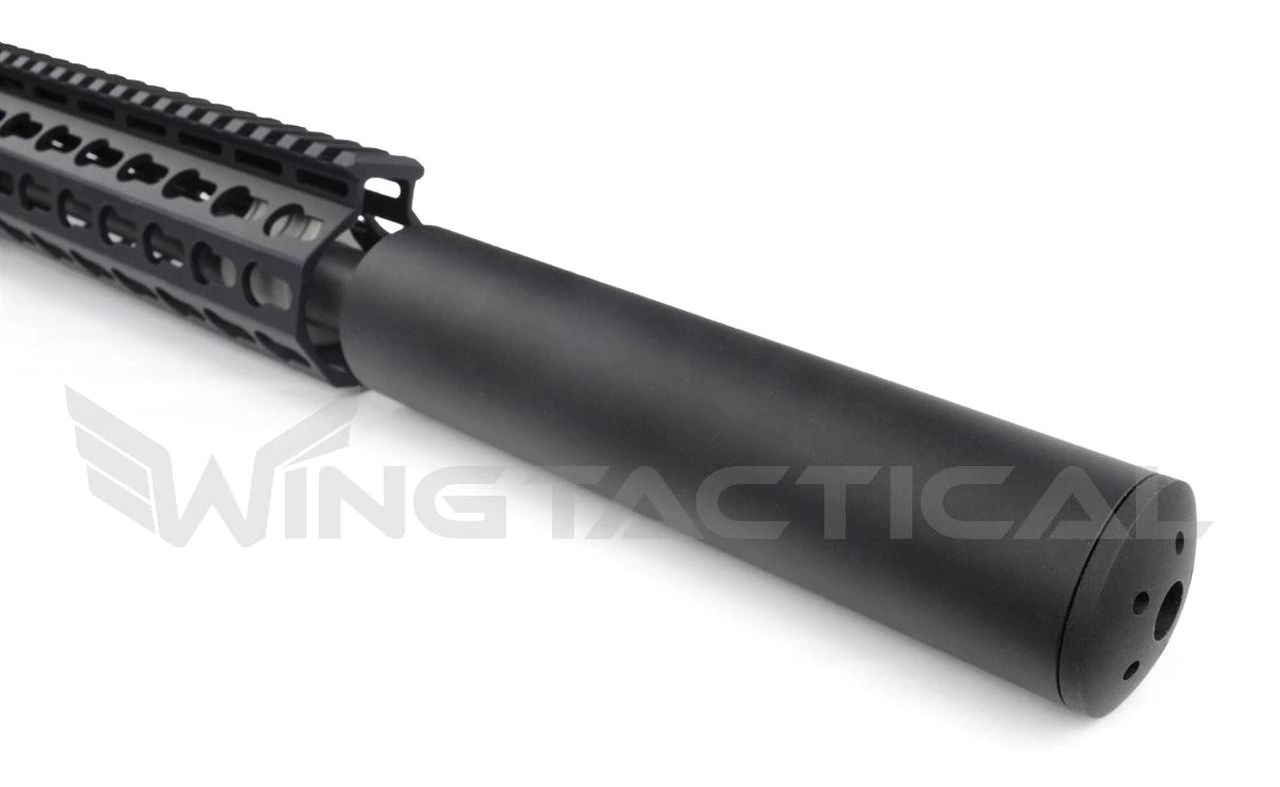 They're made from 6061 aluminum bar stock that enhances their durability and contributes to their "tacticool" appearance. They also have the same hard-anodized finish as their "real thing" counterparts. You get the look of a genuine suppressor, but without the tax stamp, registration hassles and potential legality issues.

You can select from two Spike's Tactical fake suppressor options:

Both fake suppressors come with Spike's limited warranty for extra peace of mind.

When you purchase fake suppressors or anything else from Wing Tactical, you get a brand-new product that comes with our hassle-free 30-day return policy. Next-day shipping is also available with all orders. Purchase your fake suppressor online today or contact us for additional information.