When it comes to concealed carry, only a few pistols can match the Sig P365. It was one of the first micro-9 concealed carry pistols on the market and is very popular among self-defense shooters.

The pistol has excellent ergonomics; however, because of its concealable design, the slide catch lever isn't the earliest to engage, especially if you are wearing gloves. This does result in a lower profile and eliminates the chances of snagging when you draw the pistol, but it also makes it difficult to operate the pistol at high speeds.

Tyrant Designs solves this problem by introducing the Sig Sauer P365 Extended Slide Catch Lever. This incredible slide catch, which also acts as a slide release, has an extended profile that makes it easier to engage. In addition, it has a larger surface area with raised texturing, which significantly improves the usability of your pistol.

The Tyrant Designs Sig Sauer P365 Extended Slide Catch Lever is made from stainless steel and comes in a PVD finish. You can get it in multiple colors, like black, blue, grey, red, and gold, which allows you to enhance the aesthetics of your pistol as well. 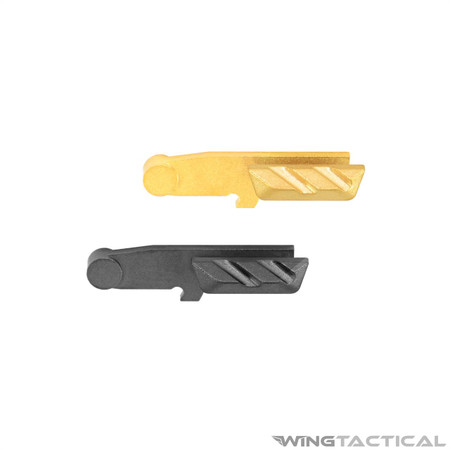