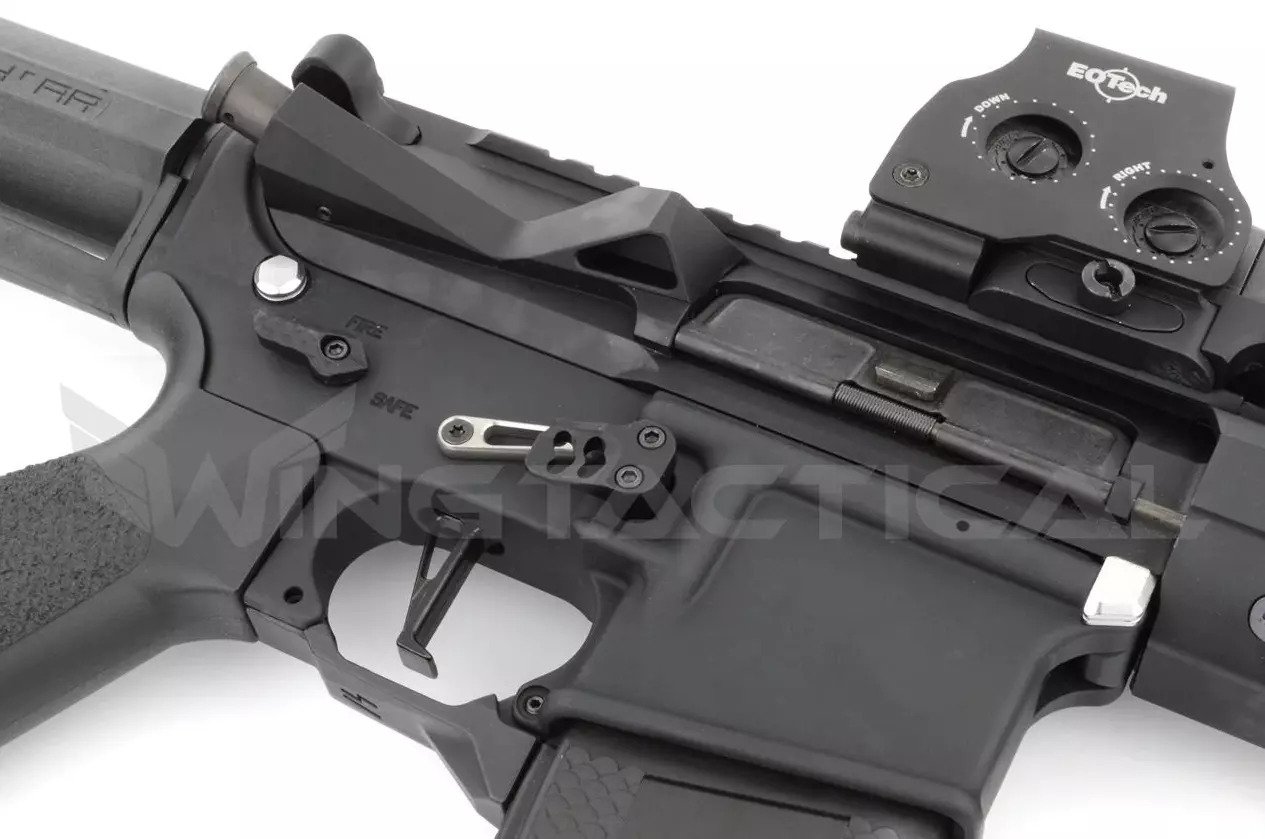 Not so long ago, gun enthusiasts had to live with factory triggers or shell out for painstaking work by a gunsmith. Fortunately, the last decade has seen an uptick in aftermarket drop-in triggers. These alternatives are usually much better quality and provide more options to suit your preferences.

One of the first things you have to decide when selecting an aftermarket trigger assembly is if you want a single-stage or two-stage trigger. 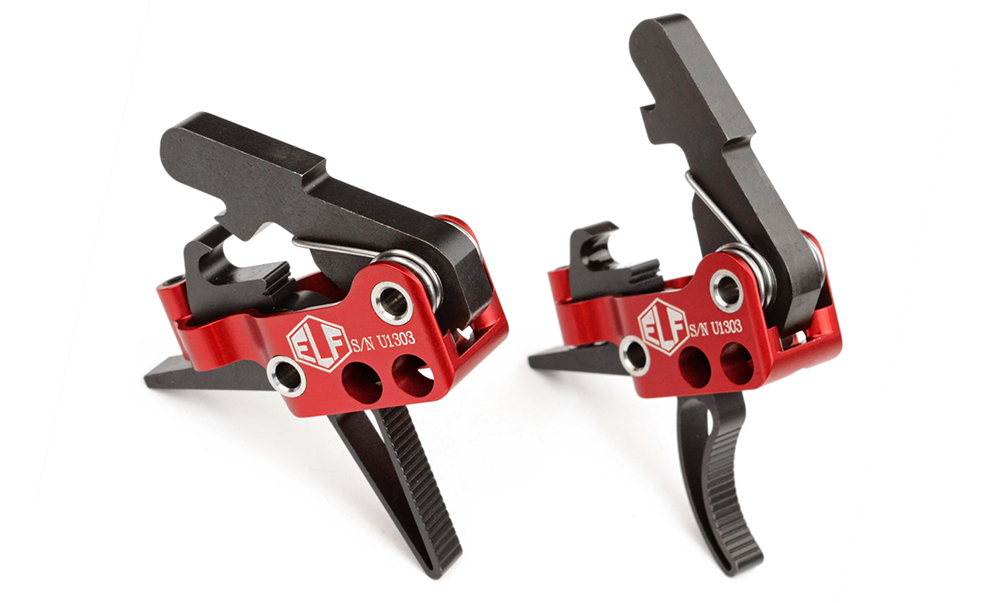 Single-stage triggers — also known as single triggers or one-stage triggers — have little to no slack or creep before engaging the sear. Because the pull is usually light and crisp, these triggers are ideal for shooters who prize speed and accuracy, as the minimal movement required to fire will lessen the chance of pulling or pushing the shot.

One of the greatest disadvantages to single-stage triggers is that the light, crisp pull can lead to accidental discharges and elevated drop risk if the installer does not perform the correct safety checks — though the same can be said about any light trigger. Additionally, a bad single trigger with lots of creep can be difficult to fire safely, as you don't always know where the break wall will be. 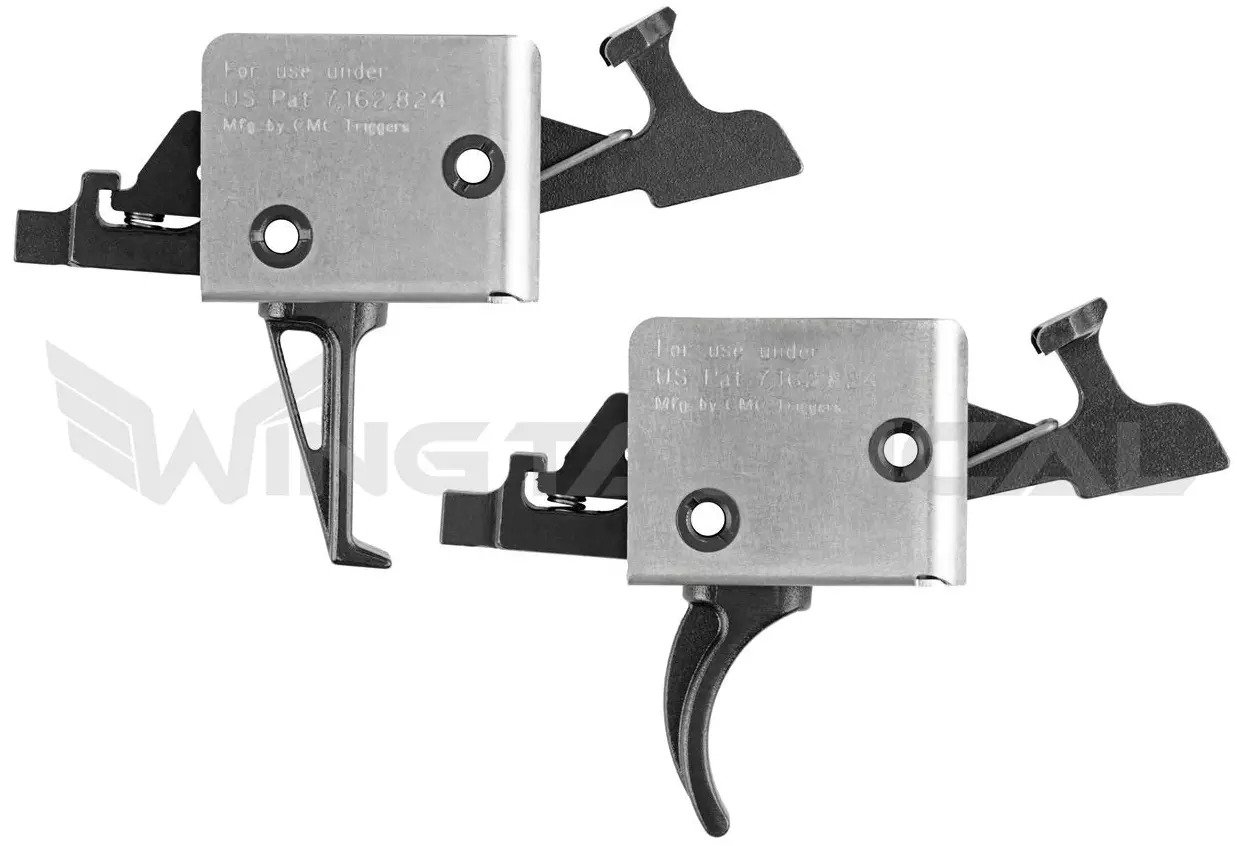 A two-stage or double-stage trigger features an initial, heavier pull-stage called "slack," followed by a lighter second stage that precedes firing. If you reach the end of the first stage and choose not to discharge the gun, you simply release the trigger to reset into the first stage again.

This type of trigger is very tactile and allows the shooter to have greater control over the trigger pull. You can take up the slack first, then perfect your aim and use the much lighter trigger pull of the second stage to fire — as the second stage requires little force, it generates less jerking movement. With a good-quality double trigger, you know exactly when your gun will fire.

As with single-stage varieties, a poor-quality setup can negate the benefits of this type of trigger. If your two-stage trigger has any creep that prevents you from knowing when you will hit the wall for the second stage, it could cause some uncertainty. However, these triggers can be safer because of the heavier pull of the initial stage.

There are a few factors to consider when deciding on a one-stage vs. a two-stage trigger. In order to choose the right type of trigger, you'll have to figure out what you want from the firearm. Is it for fast-paced competitions and high-stress scenarios or something else entirely? Knowing how you want to apply the trigger will help determine what type of trigger pull will work best for you.

Ultimately, choosing the right trigger for your firearm is all about preference. Some people prefer the smoothness of a single-stage trigger while others like the control they get from a two-stage. Whatever your preference, the key to making any type of trigger successful is to get in a lot of practice time and learn the pull by heart.

At Wing Tactical, we offer an extensive collection of both single-stage and two-stage aftermarket triggers. We only sell products we trust and would use ourselves, so you can feel confident any triggers you purchase will be the best quality available.