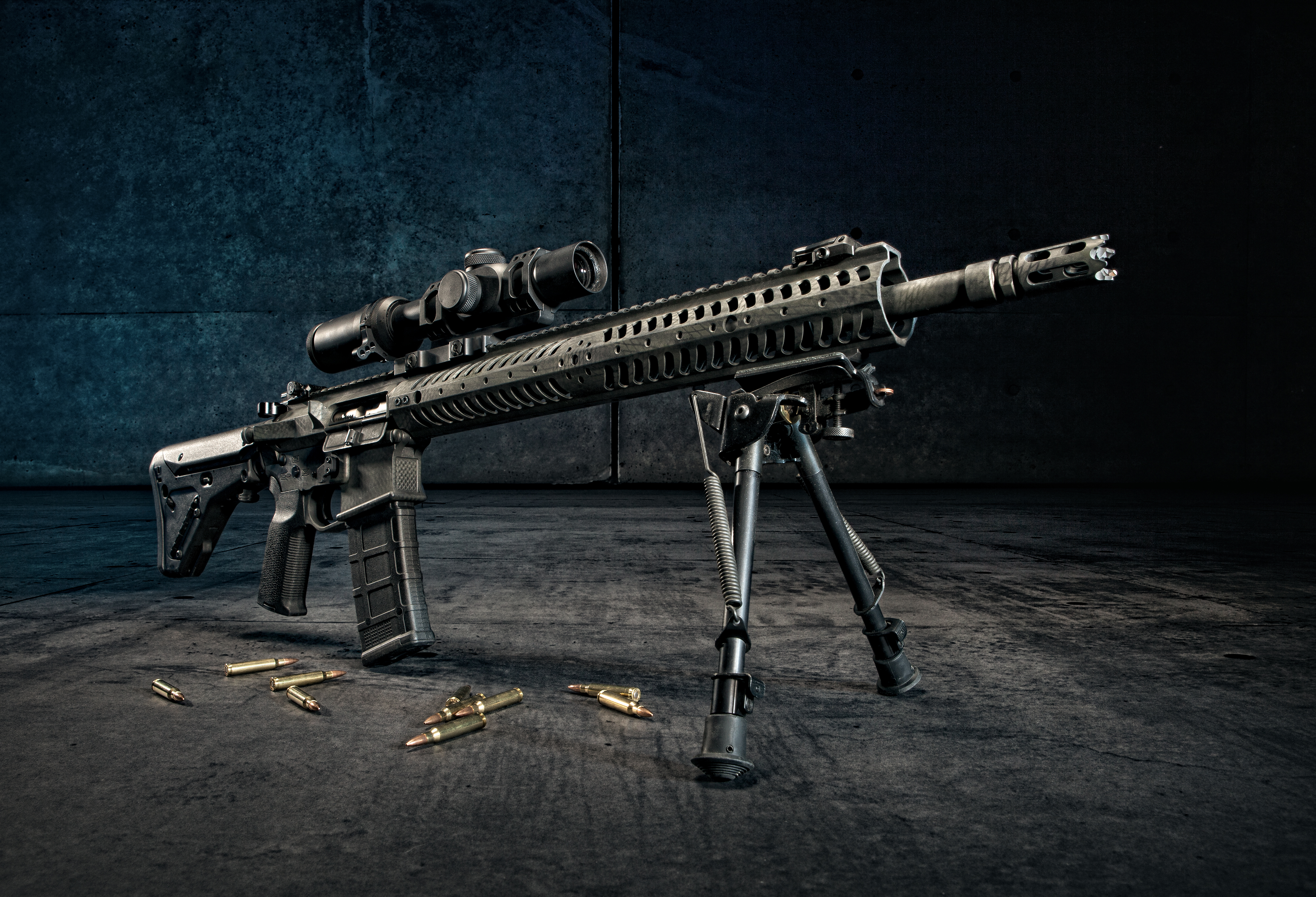 Hunters and military personnel often sit close to the ground or behind barriers to survey areas in front of them. In these scenarios, shooters benefit from having accessories that allow them to rest the weight of a firearm on the ground or another support rather than trying to hold it on target for a sustained period of time.

Knowing how to use a bipod for a rifle can lessen fatigue while aiming and help you stay steady so you can land accurate shots. Learn more about how to load a bipod effectively and explore other tips for getting the most out of these valuable field shooting accessories.

What Is a Rifle Bipod?

Bipods are helpful tools for increasing shooting precision with a rifle. These two-legged accessories lift your firearm off the ground and serve as a rest for situations in which you'll be waiting to pull the trigger. The technology can be packed with additional features to help you shoot from different locations and terrain.

Those with rifles use bipods to stay on target for long periods of time without having to hold the full weight of the gun. Bipods are available in various shapes, colors and heights to suit your favorite setup. One of the main advantages of using these tools is that they enable you to keep your shooting position without constantly having to reset after recoil.

Bipods are designed to integrate with your equipment without requiring you to perform serious modifications.

There are two primary bipod mounts for a rifle — rail and sling swivel.

A rail mount includes the female components of a Picatinny rail. Shooters typically secure these attachments with one or more tightening screws to hold them in place. When rifles have a rail section on the bottom of the forend, setting up a rail mount takes just moments to complete.

Shooters interested in sling swivel mounts will fasten the bipod to the firearm using two arms that grab onto the swivel stud in the bottom of the forend. The arms of the bipod stay in one position once you tighten the screws. If you have a sling installed on your rifle, you will have to remove it before installing the bipod. You can then place the sling onto the mounting point of the bipod's frame.

You can use either a rail or sling swivel mount with most rifle setups — you just have to make sure you have the correct adapter to finish the installation. Well-known manufacturers work hard to design accessories that allow you to expand your horizons with firearms. As long as you fasten your bipod tightly so it can provide stability when you shoot, you'll see desirable results.

Ensure Your Bipod Is Properly Installed

Before you can use a bipod, you have to make sure you've fastened the accessory correctly, as a poor installation could lead to a waste of ammunition and your time.

The bipod installation process is relatively straightforward. However, you should always start by reading the instructions inside the packaging from the manufacturer. Even the most experienced shooters can miss a step or two when setting up a bipod because there are so many different designs available.

Installing a bipod incorrectly will make using the device more difficult. The most common mistake users make when deciding where to place a bipod on an AR-15 is positioning it too far back on a rifle's rail. Mounting bipods backward is another common error that can give you a less-than-ideal shooting experience.

Making sure there is little to no movement with a bipod is crucial for your safety. Use all of the screws included with your purchase and place them in the correct slots. You may want to use an appropriately sized torque wrench or some thread locker — once you're sure the bipod is positioned where you want it — to make sure it stays snug.

Choosing Where to Position Your Bipod

Some might think you can place a bipod on any flat surface, but this is not the case. Harder surfaces like concrete, brick or similar materials are not ideal for firing from a bipod, as shooting on these can cause the firearm to slide or jump when it recoils. Hard ground also tends to be rough on your bipod's feet and can wear them down prematurely.

A better option for choosing where to position your bipod is soft ground — think dirt, grass or sand. You'll want to place your rifle on a surface where the legs of the bipod can dig downward for stability. Some shooters choose to make small trenches for bipod legs to keep them from moving between shots.

How to Load a Bipod

Loading a bipod involves putting slight forward pressure on the legs to eliminate slack and help you stay on target. Bipods do little to minimize recoil, so you want to press forward with your firing shoulder when aiming, a process known as loading the bipod. Over time, you'll figure out exactly how much force you need to apply to keep your setup in place while firing.

Adding too much pressure on the firearm will cause the bipod to shift forward, while applying less force than you need will result in the gun bouncing. You can use two different methods to load a bipod properly:

The professionals at Wing Tactical ensure you have a large selection of AR-15 bipod accessories to choose from. We're avid shooters ourselves, so we only stock and sell products that we believe are worth your time and money. We also offer a 30-day window for hassle-free returns to make sure you get exactly what you want.

We have a unique mission of bringing you the finest firearm parts, tools and accessories from brands you know and trust. Our products are appealing to every kind of shooter, from law enforcement officers and U.S. military members to seasonal hunters and hardcore competitors. Check out the products we have available now and feel free to contact a Wing Tactical representative for further details.