Brief History Of The AR-15

The AR-15, as it's known throughout the United States and many other countries, is the single most popular rifle sold in the United States today. It was originally designed in the 1950s by a team of engineers at ArmaLite. The design team behind that famous rifle was Eugene Stoner, Bob Fremont, and Jim Sullivan. Although the AR-15 was intended for military service, it did not see a whole lot of success in the late 50’s when the rifle first hit the market. Three years later, ArmaLite made the decision to sell the rights and the logo to the AR-10 and the AR-15 both. Unfortunately, ArmaLite did not have enough manpower, monetary resources, and lacked the facilities for high-level production. Certain changes were made to the original ArmaLite AR-15 before Colt began manufacturing the design for the military. Colt would go on to sell and manufacture a modified, select-fire version of the AR-15 Rifle known as the Colt M-16 for the U.S. Military. Colt Manufacturing would retain this contract for multiple years providing the military with the M-16, M-16A1, M4, and numerous other different and upgraded versions of the same rifle system.

Now that we know more about the history of it, let’s find out more about what is AR-15 and how it operates.

Does AR stand for Assault Rifle?

It is widely reported throughout the media and popular culture that the “AR” in AR-15 stands for “assault rifle”. This is incorrect. So, what does “AR” stand for in AR-15? It stands for "ArmaLite Rifle", named after the company the rifle was originally designed by.

THE BENEFITS OF OWNING AN AR-15

The AR-15 platform is one of the most versatile out there. It is a top choice for gun owners of every experience level, with several key advantages that make it unique:

The "AR" in AR-15 is often mistaken for meaning "assault rifle." This mistake gives the impression these guns are made strictly for combat engagements, but that couldn't be further from the truth. What "AR" does stand for is ArmaLite Rifle — the original manufacturer of this rifle design. Today, these rifles are produced by countless manufacturers and have multiple applications for civilian use. 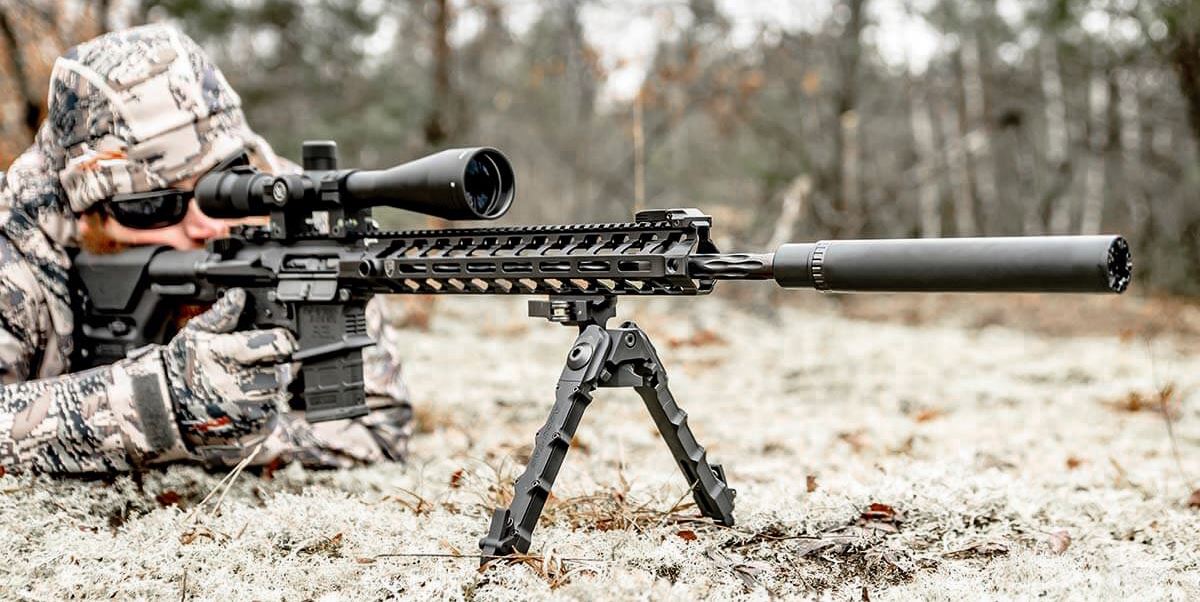 Thanks to their modular design, you can configure your AR-15 to take on game ranging from varmints to big game. Most rifles come chambered in .223 — an ideal caliber for animals like coyotes, foxes and rabbits. You can also configure them to fire rounds like the .300 Blackout, 6.5 Grendel and the .450 Bushmaster depending on what you're looking to bag.

You can use an AR-15 to defend your home. AR-15s can take on collapsible buttstocks and shorter barrels than most rifles, making it easier to use them in tight spaces and move around corners. They also have little recoil, and you can equip them with advanced sights that make it easier to acquire your target, even in low-light conditions. 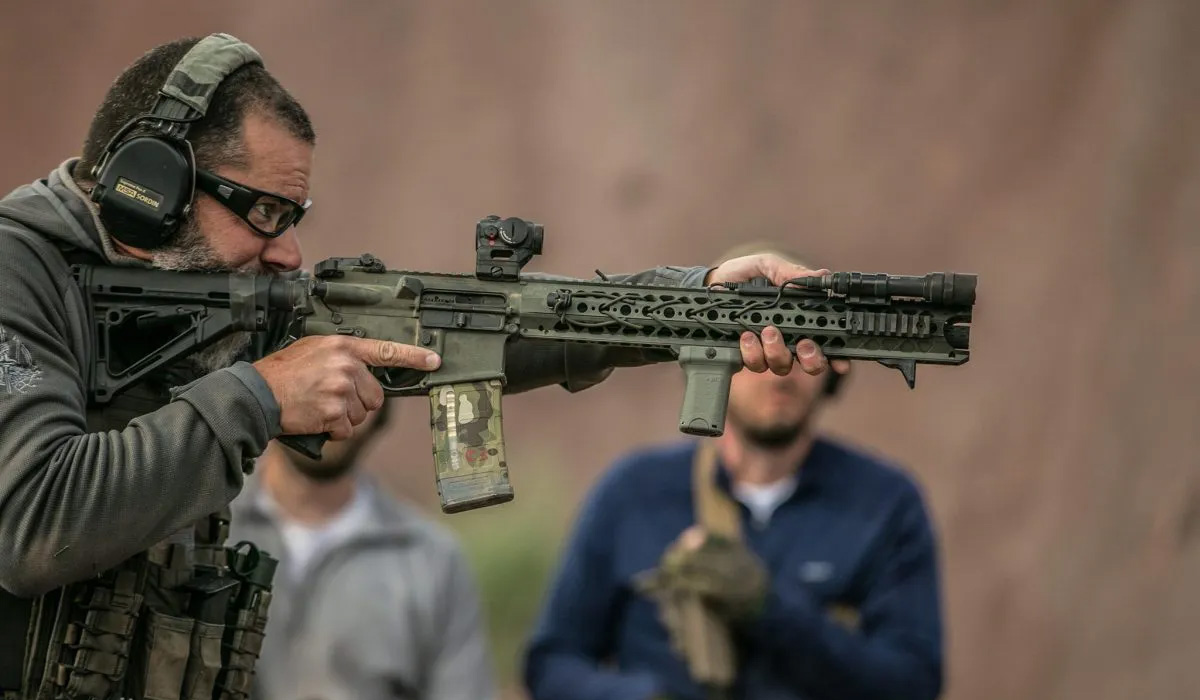 In most cases, AR-15s are accurate for hitting targets at anywhere from 400 to 600 yards. You can even use them for longer distances with the right parts. This incredible precision, plus a high magazine capacity, lightweight design and modular capability, makes the AR-15 a popular choice in a wide range of different shooting competitions, like 3-gun competitions.

AR-15 ownership laws vary by state, as they qualify as magazine-fed semi-automatic rifles. AR-15s also have pistol grips and the option for collapsible buttstocks. These features are enough for AR-15s to be classified "assault rifles" by some definitions, making them illegal to own in states, counties and cities with assault rifle bans.

The majority of states permit AR-15 ownership. Places where they're outlawed entirely include:

Other states have laws regarding what caliber you can use, with several mandating that hunters must use rounds larger than .223. Be sure to do thorough research for your specific area before heading out in search of game.

The AR-15 is known as the “Black Rifle” for a good reason, because it usually comes from the factory with black furniture, an upper and lower receiver that is anodized black, and the rest of the metal parts are usually ‘parkerized’ in a dark grey finish. Together, these parts and pieces give the AR-15 the look of a “Black Rifle”. The semi-automatic civilian AR-15 and its military counterpart, the M-16, are both widely considered to be one of the safest rifles to handle on the market. Not just for hunting and competition shooting, but for other purposes as well. The military emphasizes safety over all else, so when the AR-15 was designed, it was built with robust safety features. The AR-15 consists of the upper and  lower receiver, barrel and muzzle device, sights, gas block, and gas tube, furniture, fire control group, charging handle, bolt carrier group, magazine, receiver extension, buffer, and buffer spring. The multi-round box magazine feeds cartridges during its cycle of operation.

Steps In The Functioning Of The AR-15

One of the best things about the AR-15 system is how modular it is. The AR-15 is sold as a complete rifle, as a complete upper receiver that you can attach to your existing lower receiver, or as a complete lower so you can attach your existing upper to it, and  each part is also sold individually by multiple manufacturers so you can build one yourself, from the beginning. It requires few tools to build, it’s simple to customize, and easy to maintain. One other unique factor about the AR-15 platform is the enormous variety of aftermarket parts and vast industry support available for it. There is no other firearm out there that provides the level of custom, aftermarket, and factory parts that the AR-15 currently does. In conclusion, if you want to purchase a safe, time-tested, reliable firearm for yourself or someone else that can be completely customized to fit almost any role, look no further than the AR-15.