You face enough problems every day, you don’t need a hassle over mounting a bipod to your field rifle. It’s not rocket science, if you’ve got a KeyMod rail and most bipods on the market are all Harris type mount, you need a Harris Bipod Adapter. Primary Weapons Systems knows that adaptation is part of the process of evolution and they believe in Strength Through Evolution. KeyMod systems are part of the current stage of evolution, and PWS is right there with you, making it work while everyone else tries to keep up.

The PWS Harris Bipod Adapter for KeyMod Systems creates a stable attachment for your bipod that allows you to use your Harris style bipod on your KeyMod System rail without tearing up your hand guard. Their commitment to quality products that achieve superior results for the shooter is evident in the fit and function of this PWS adapter. Your bipod is rock solid on this mount and when you don’t need it, you don’t have to fight a clunky adapter that snags on everything you get next to.

While the rest of the world has just made it to KeyMod, Primary Weapons Systems is a rung above them all on the evolutionary ladder. While they pride themselves on taking that lead, they understand that failure to allow for compatibility is a good way to seal your own fate too. The smart thing to do is make it all work together. Still, as we’ve said before, most of the best bipods out there are Harris style. Fortunately, they’ve already done the adaptation work when they created their KeyMod adapter for Harris mounted bipods. 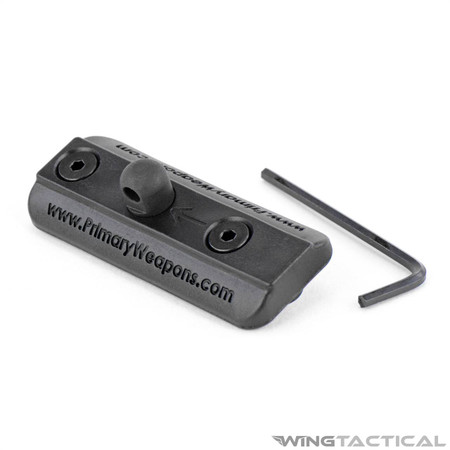