The small arms industry, like many other industries, often overlooks the little things that could use improvement in favor of bigger, more expensive components. Odin Works is one manufacturer who doesn’t think like the rest of the crowd. Their designers and craftsmen know that there’s nothing more disappointing than pulling up that custom built beauty and finding that your fingers are too long, short, or fat to operate the little switches and buttons that actually make the weapon system work. For those of us who think that ergonomics shouldn’t stop with grips, Odin Works offers their XMR 3 Extended Magazine Release.

While the Odin Works XMR 3 only weighs a fraction of an ounce complete, it gives virtually any shooter the ability to drop a magazine without sacrificing a solid grip or changing positions. That’s an advantage that both practical and competition shooters can appreciate. This extended magazine release is compatible with the BAD Lever and KNS Pins. It is a modular component comprised of a mag release button, an extended paddle and a pair of Torx screws to marry the two parts. The paddle on the XMR3 gives it a large profile that makes it easy to manipulate for hands of all sizes. Its contours are specially designed to reduce slippage and allow the operator to easily depress the button to release spent magazines. 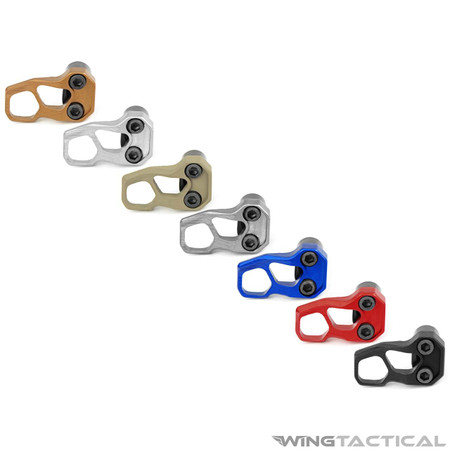