ODIN Works Does It Right From Design To Finish

If you’re going to take the time to switch to an MPX extended magazine release, don’t waste your time with a mediocre component. ODIN Works’ MPX Extended Mag Release is fully ambidextrous and features an ergonomic design that makes it easy to manipulate without changing your grip whether you’re a right or left-handed shooter. Installing the MPX extended magazine release is a drop-in affair, no modifications required. The Skeletonized paddle of this Mag Release is textured enough to give you good purchase, so your digit won’t slip when you reach to flick the release but isn’t so sharply textured that it will catch hard or cut into the operator's finger. This quality magazine release features paddles that have been anodized for a trouble-free finish that looks great whether you choose to match it to your lower or create a little contrast for style points.

Wing Tactical and ODIN Works: All The Best in One Place

When you choose components like ODIN Works Extended MPX Magazine Release from Wing Tactical you get the best quality components and the best customer service all in one place. ODIN Works designs and manufactures products to make you a better shooter, plain and simple. The team at Wing Tactical is here to provide the consumer access to the cream of the crop in the small arms market along with top notch customer service. Buy your Odin Works MPX Extended Mag Release from Wing Tactical and Give Yourself an Edge. 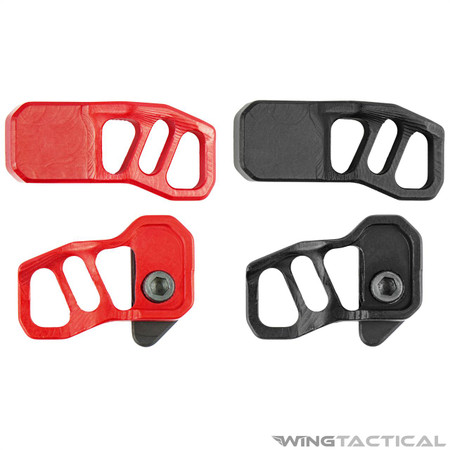