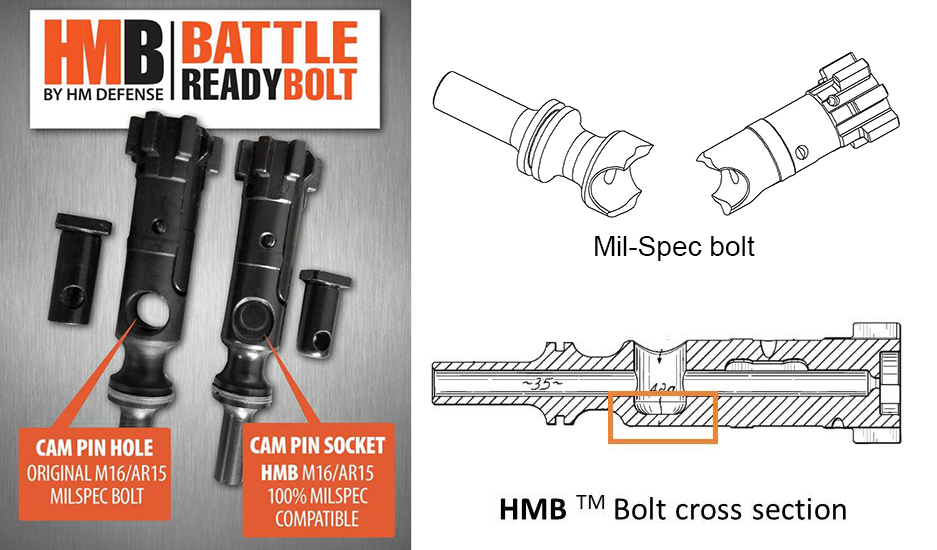 General Curtis LeMay, got things started for the AR-15 when he ordered a batch of Armalite's new AR-15 rifles in 1961. Decades later, the AR is still in wide-spread use by military, law enforcement and private citizens. Counting all the variants of the AR, an estimated over 13,000,000 of them have been produced. While there have been improvements to the original design, a constant effort continues to bring about more accuracy and reliability to the AR platform. One method for improving the AR’s reliability is the HM Defense Bolt.

As fine a weapon as it is, the AR’s design has a failure in the making. The bolt of the AR-15/16/M4 and that of the AR-10, have an opening for the cam pin. Possibly for production efficiency, the cam pin hole is drilled straight through the bolt. With heavy usage, or from indifferently manufactured parts, the pressure exerted by the cam pin will eventually crack and ultimately break the bolt.

The HM Defense bolt eliminates this catastrophic failure with its battle bolt. The cam hole in the HMB bolt is not drilled through. The extra material at the bottom of the bolt gives the HMB bolt increased strength and long-term durability in a critical area. The bolt is compatible with all Mil-Spec AR bolt carrier groups. 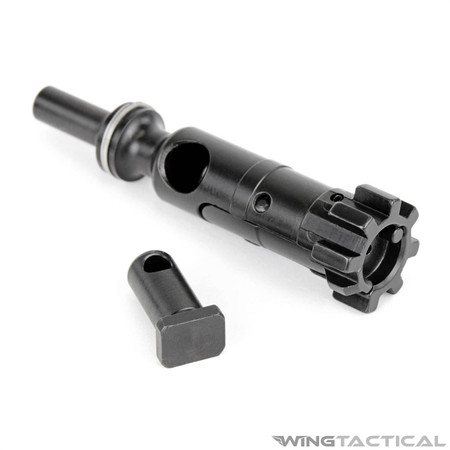