Using Mil-Spec parts makes it possible to find components that fit together well with minimum hassle. We like Mil-Spec parts, but nobody wants to settle for components that are just so-so. When you want an AR-15 bolt that distinguishes itself from the crowd of Mil-Spec bolts on the market, choose Spikes Tactical Bolt Assembly.

Spikes Tactical Bolt Assembly is a cut above. The bolt is crafted from 158 Carpenter Steel, shot peened for long life, and finished with a Mil-Spec phosphate coating. It looks great, and it’ll outlast the competition.

You don’t have to wonder about the quality of the AR-15 bolt you buy from Spike’s. Spike’s Tactical high-pressure tests and uses magnetic particle inspection to ensure the quality of every bolt they manufacture. In addition to Spike’s superior quality Mil-Spec bolt, the completed Spike’s Tactical Mil-Spec Bolt Assembly includes a tool steel extractor with a black extractor insert, a high-grade Viton O-ring, and a Mil-Spec extractor spring. Every part is carefully assembled by Spike’s craftsmen right here in the United States. 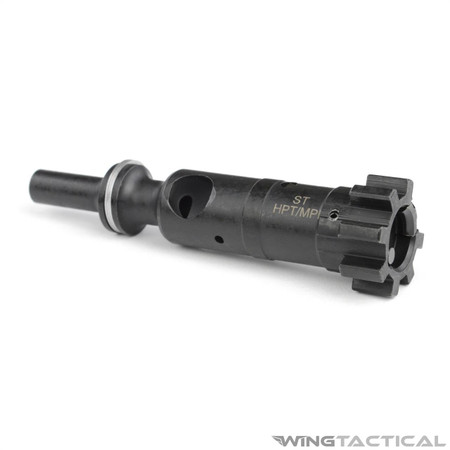