The 300 AAC Blackout cartridge — also known as 300 BLK or 7.62x35 — is both powerful and versatile, making it an easy favorite for a huge number of AR-15 owners. This rimless, bottleneck design was specifically developed for use with short-barreled military AR-15s and offers incredibly quiet function with subsonic ammo and a suppressor.

Since it was introduced as a SAAMI standardized cartridge 10 years ago, the 300 Blackout has quickly gained popularity across the AR-15 community. Read on to learn more about 300 BLK. 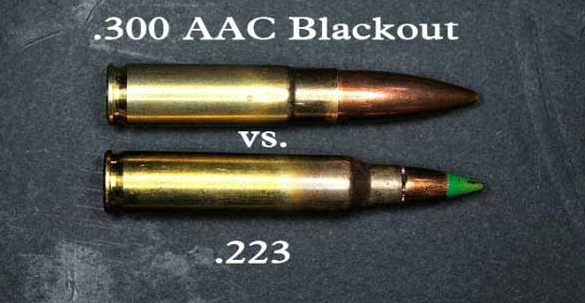 Looking at the brass, a 300 Blackout round shares some similarities with the 5.56 NATO, another popular military AR-15 cartridge. These two rounds are the exact same width at the base, but the 300 BLK is considerably wider at the case neck, allowing it to hold a larger projectile. The 300 Blackout case itself is shorter than the 5.56 case, allowing for the use of these larger bullets while still letting the round fit in your standard AR-15 magazine.

Standard 300 Blackout cartridges contain .30 caliber bullets, which are distinctly long, steep and sharply tapered. These bullets can weigh anywhere from 110 to 220 grains, making them significantly heavier than those in a 5.56 NATO cartridge. The heavier bullets move slowly and don't go as far, but they pack a ton of power when used at closer ranges.

When AAC developed the 300 BLK, their primary goal was to create a round that was powerful and nearly silent when fired from short-barreled AR-15s at close ranges. These cartridges work reliably when paired with slow-moving subsonic or fast-moving supersonic ammunition. With subsonic ammo and a suppressor, the .300 BLK produces some of the quietest shots possible from a firearm that isn't integrally suppressed.

Throughout history, many advancements and innovations in firearms and ammunition have been initiated by the military looking for new tools to improve their processes and take on challenges in the battlefield. The AR-15, now one of the most popular semi-automatic rifles in both military and civilian use, was created as a result of a military call to action in the late 1950s. The 300 Blackout cartridge was developed in response to more recent demands.

In 2009, the military was looking for a way to replace their aging 9mm HK MP5SD submachine guns. They contacted Advanced Armament Corporation (AAC) to develop a new, quiet cartridge that could be used in the M4 for missions in closer quarters and urban environments like those in Iraq, where short-barreled rifles and quiet ammunition were strategically beneficial.

AAC teamed up with Remington and began working on this project. Their mission was to create a cartridge that was powerful when fired through a 9-inch barrel, worked with AR-15 rifles, and could be used reliably with or without a suppressor with both sub and supersonic ammo.

Their team started with the proven .300 Whisper cartridge and reengineered it to improve its reliability, accuracy and performance, creating the 300 AAC Blackout. AAC sent the new cartridge over to SAAMI for standardization and received approval in January of 2011. Since its approval, the popularity of the 300 Blackout has skyrocketed.

Ballistics of the 300 Blackout 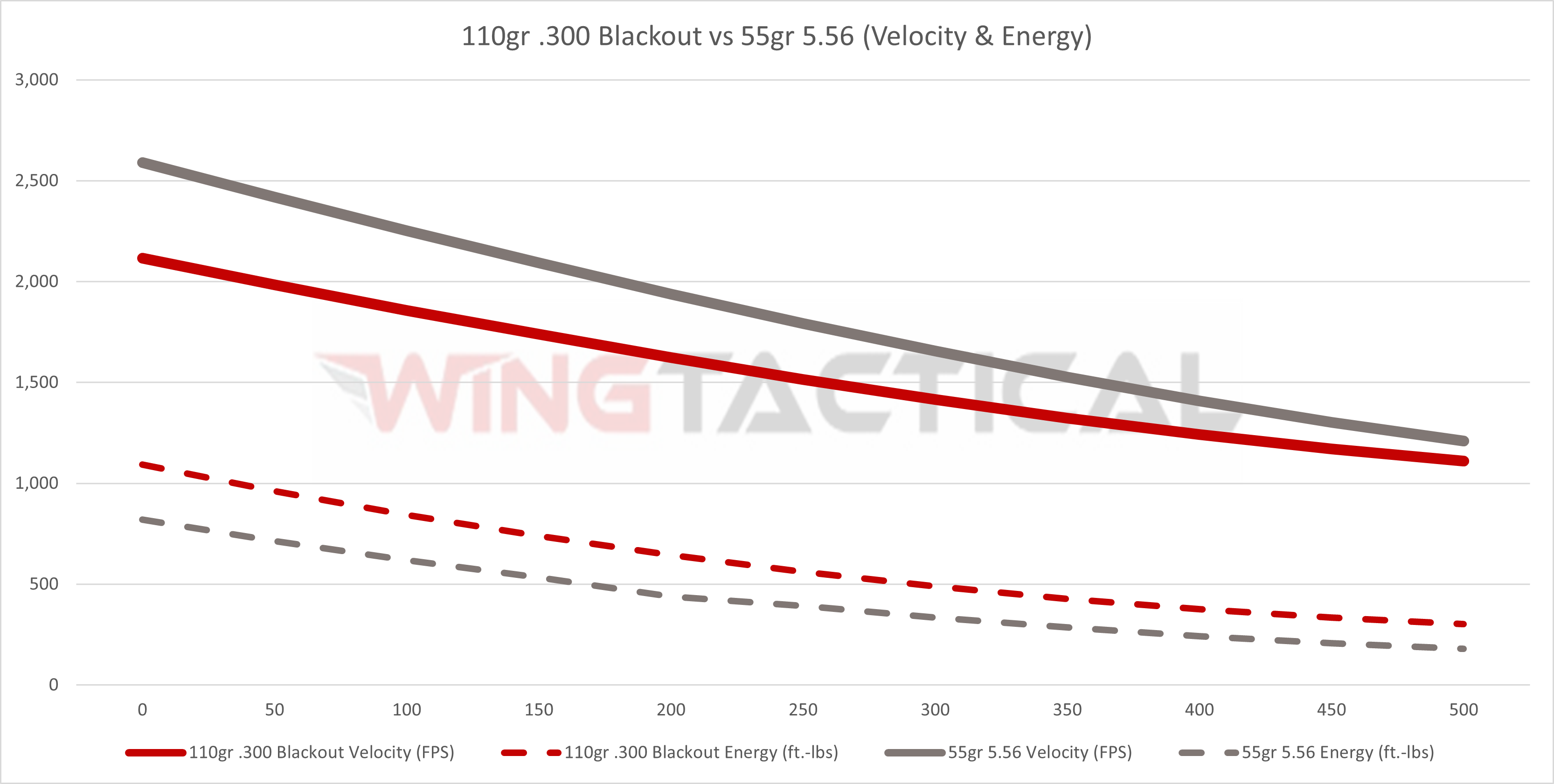 The 300 Blackout cartridge bridges several gaps to provide functionality for every AR owner, supporting everything from military use to hunting and competition shooting. While there are many advantages to choosing the 300 Blackout chambering, some of the most common benefits include:

Hunters tend to choose 300 Blackout rounds because they are legal and effective for hunting large game such as hogs and deer. These cartridges deliver considerable power to make an ethical kill at ranges up to about 200 yards. Other popular cartridges like the 5.56 aren't legal for hunting in some regions because they use smaller projectiles.

Because the 300 Blackout was developed specifically for use in AR-15s, you can convert an existing rifle to this chambering with a new barrel or upper receiver assembly. Just load your regular magazine with 300 Blackout ammo and ensure your barrel is compatible to take advantage of this powerful cartridge.

Get Everything You Need for 300 Blackout Conversions

At Wing Tactical, we carry a wide selection of accessories and parts to help you get the most from your AR-15. Our selection of high-quality 300 Blackout uppers allows you to easily convert your gun to fire popular 300 Blackout cartridges. If you have any questions about our products, please leave a message for our team online and we'll gladly help you out.