It comes with a standard 16-inch Chrome Lined CMV barrel with a 1:7 Twist rifling, ideal for most 5.56 NATO bullet weight. The barrel is threaded with a 1/2"-28 thread pitch and comes with a Mil-Spec A2 flash hider.

The upper uses a low-profile gas system with a mid-length melonited Gas tube. The barrel and gas system are covered by a slim-profile handguard. The 13.5-Inch Spike's Tactical CRR M-LOK Rail to be exact. This rail has M-LOK slots on the bottom and both sides, whereas, on the top, it has a continuous Picatinny rail. The Spike's Tactical CRR M-LOK Rail is made from 6061-T6 aluminum.

The receiver is made from 7075-T6 aluminum and has a hard-coat anodized finish. It comes with a Spike's Tactical Mil-Spec M16-Profile Bolt Carrier Group and a standard Mil-Spec charging handle. The receiver also comes with a port door and a forward assist, like all Mil-Spec M4 rifles. 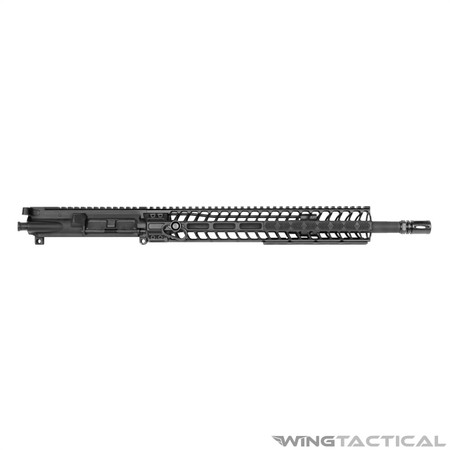