First of all, the Ascend Armory Safety Selector is ambidextrous, which means that it can be configured for both left and right-handed shooters. In addition, it has wider levers than a standard safety selector, which allows it to be used easily, even when you are wearing big gloves.

According to your preference, the Ascend Armory Safety Selector can be changed from a 50-degree short throw to a 90-degree standard throw operation. It is made proudly in the USA and is available in multiple colors, including Black, Flat Dark Earth, Red, and Gray. 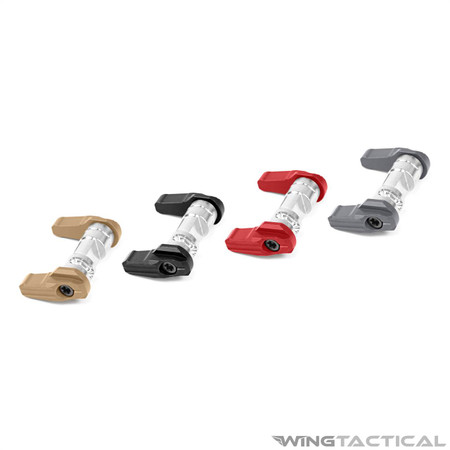