When you consider which upgrades to make to your AR, you should focus on real benefits and not flash. A worthwhile upgrade either enables you to be more accurate, or it changes the ergonomics of the weapon making it easier for you to shoot. Believe it or not, the Ascend Armory ambi safety selector does both. With less movement to get to the fire position, ergonomically your weapon improves. The faster this happens, the faster you get on target and the more time you have to aim. I bet you’re thinking, it doesn’t take very long for that to happen anyway. And no it doesn’t, you will only save a fraction of a second. But, how fast does a bullet fly? If you install a short throw ambi safety selector that fraction of a second adds up quickly.

Buy the Best from The Best

The Ascend Armory ambi safety selector is lightweight but it’s super-tough, it’s made to last you a lifetime. No surprise at all with Ascend Armory, they stand behind everything they make with an unconditional lifetime warranty. 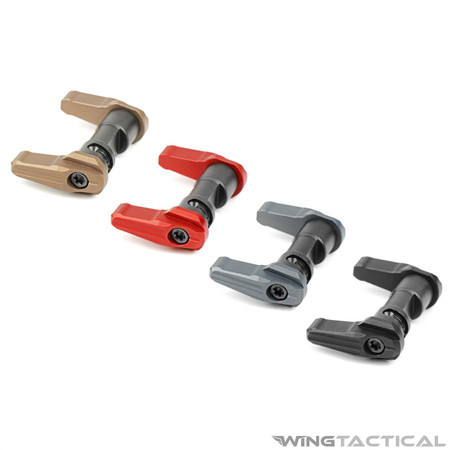