The AR-15 is a very easy rifle to use, and its controls are situated in ideal positions for easy manipulation. However, some controls on the AR-15, like the safety selector, usually aren't ambidextrous. If you want to build a modern AR-15 with ambidextrous controls, you should consider the TriggerTech Ambidextrous AR-15 Safety Selector.

One of the levers for this ambidextrous safety selector is larger than the other, and it is interchangeable on both sides so that you can mount it on your dominant side. You can also adjust the safety selector to have a normal 90-degree or 45-degree short throw.

Installing the TriggerTech Ambidextrous AR-15 Safety Selector is very easy, and it comes with all the tools you need to install it on your AR-15. 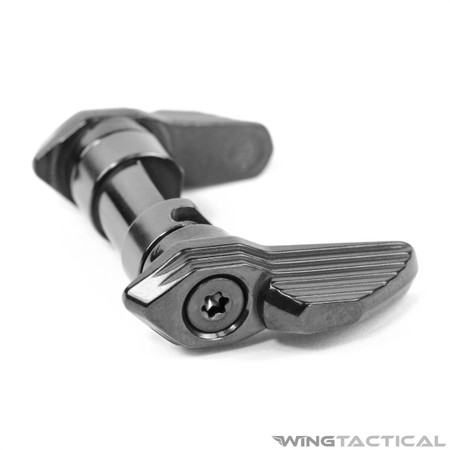