**Will NOT function with pinned & welded LANTAC Dragon Brakes. 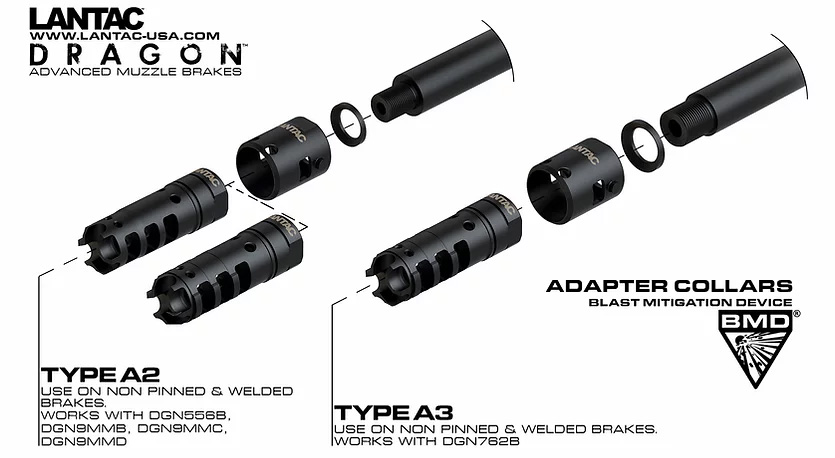 Shooting accuracy is greatly enhanced through the reduction of the expected muzzle blast and the accompanying muzzle jump. The LANTAC BMD also directs the muzzle's concussive force forward, away from you and other shooters. This greatly reduces the flinching often associated with the expectancy of muzzle jump.

The LANTAC blast mitigation device is constructed of 4140 CMV steel, but still weighs in at just under eight ounces. This means that while the BMD is highly effective at controlling muzzle jump, it will not make the firearm muzzle heavy. The BMD comes complete with the A3 mounting collar and attaches to the collar with the included lock ring.

Due to its patent-pending design, the LANTAC BMD has features that cannot be found on other blast mitigation devices. Prongs built into the exit aperture radius are designed to distribute gas evenly as it exits the muzzle. While the LANTAC blast mitigation device is not intended to be a flash suppressor, the Gen2 disruptive-venting system employs two Trefoil threaded ports that effectively reduce vertical flash signature by redistributing gas flow to control muzzle jump consistently.