You Deserve A Break

Of course, most bipods are by nature detachable. Unfortunately, you need tools to attach and detach one from your M-LOK rail, and it takes time. The Seekins Precision universal bipod mount takes all that aggravation and makes that somebody else's problem. This bipod mount quickly attaches to your weapon’s M-LOK rail with only your fingers. The Seekins Precision universal bipod mount is designed with a narrow center to accept a Harris-type bipod. Additionally, it's Picatinny slots accommodates most bipods you will use.

A bipod is crucial for an accurate shot. Unfortunately, until you need it, a bipod is a pain to have on your rifle. Thanks to the Seekins Precision universal bipod mount, you can carry that bipod into the field in your backpack. Then when you need it, you snap it securely in place. Once you're ready to go, press the release buttons and back it goes into your pack. That means no more bipod digging into your shoulder or hanging on your gear. The Seekins RVL-UBM delivers M-LOK security with Picatinny versatility all in a snap. 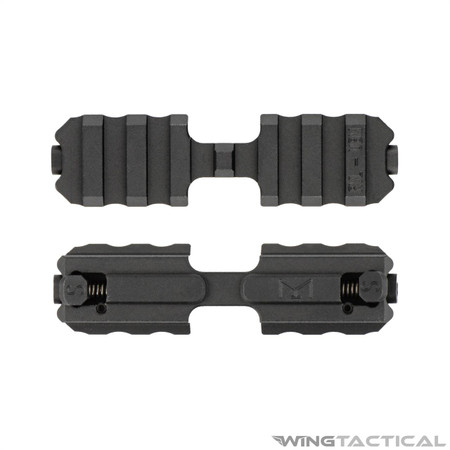