The Strike Industries Venom AR-15 flash hider is one of the most effective flash hiders in the world. The Venom eliminates almost 100 percent of the flash generated by firing your rifle. This flash hider is specially engineered to eliminate gas combustion by creating an instant air flow. All burning gasses are promptly dispersed upon exiting the barrel, leading to a greatly decreased flash signature.

Those of you who operate in low-light conditions fully understand the need to eliminate as much of your flash signature as possible. In a shoot-out, you won’t want your enemy to pinpoint your location by your muzzle flash. Flash hiders work by reducing the amount of visible light to unfriendly eyes, making it safer for you to fire your rifle in the dark.

The Venom flash hider can also be used as a wire cutter if needed or desired. If you need an AR-15 flash hider to improve the functionality of your rifle, the Strike Industries Venom is for you. 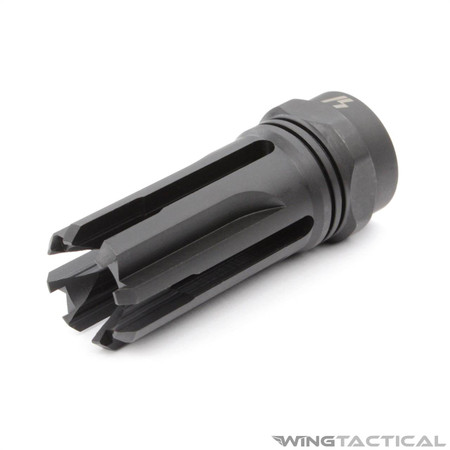