The JP Enterprises AR-15 Enhanced Bolt Assembly Competition Version is a high-performance bolt assembly designed for competition AR-15 rifles. The JP Enhanced Bolt is designed as a direct replacement for the bolt in any AR-15 that utilizes a Mil-Spec bolt carrier group.

Why This JP Enhanced Bolt Is Better Than Others?

JP Enhanced Bolt assembly utilize the SAE 9310 steel alloy, a steel alloy that far exceeds the performance of the C-158 carbon steel that original Mil-spec bolts are constructed from. While original Mil-spec bolts had a life expectancy of only 6,000 rounds, they often showed signs of fatigue or failed even sooner than that. In addition to superior materials, JP Enhanced Bolts have been redesigned to add material to the critical stress point around the cam pin hole, dramatically reducing the chance of failure at that point.

JP Enterprises is one of today’s leading manufacturers of specialty parts designed to help competition AR platform shooters build firearms that will not only compliment their skills, but improve accuracy and follow-up time. JP Enterprises’ line of Low Mass Operating System components is designed to significantly reduce the felt impulse of a fired rifle. 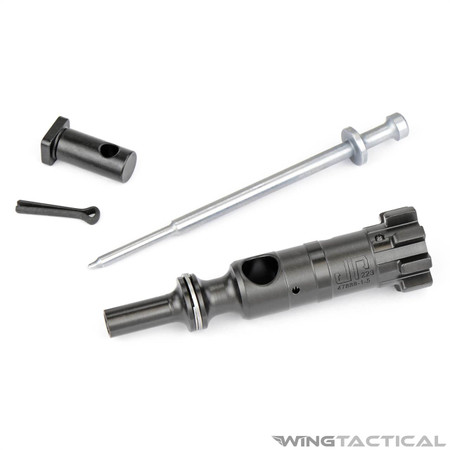