If you’re looking for competition level upgrades for your AR system one of the things you might find yourself interested in is a titanium firing pin. There are a lot of choices on the market, but you can bet Iron City Rifle Works’ AR-15 titanium Firing pin is well worth a look.

Just like Iron City Rifle Works’ bolt carrier groups, the Iron City Titanium AR Firing Pin is offered with a variety of different finishes. Those finishes are all beautiful in their own right, but that beauty isn’t just in the eye of the beholder. Iron City Rifle Works has carefully chosen and applied their finishes to enhance the durability and performance of their components. Wing Tactical offers Iron City’s AR-15 Titanium Firing Pin in C4V TiN and Raw Titanium finishes. Choose a finish to match your bolt carrier group or choose one based on the characteristics of the coating itself. Either way, you’ll get a beautiful component that will only further enhance the performance of your competition AR-15 system. 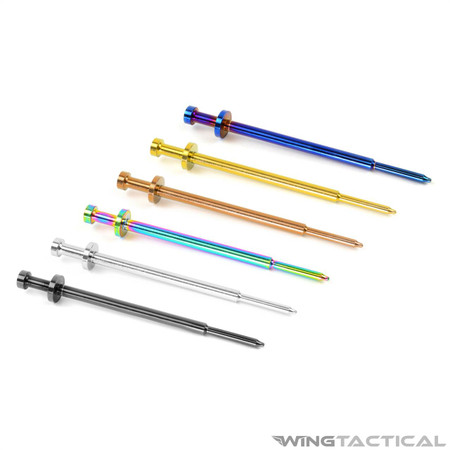