Titanium is the alloy of choice for today’s low mass, fast lock weapons. In today’s ultra-competitive world, it only makes sense to reach for every advantage you can get. If you think changing to an AR-15 titanium firing pin is the next step for your ultra-light competition rifle, Wing Tactical has a gem of an upgrade AR-15 firing pin for you. The JP Titanium AR-15 Firing Pin is an elite choice that won’t let you down.

The combination of superior strength and reduced weight that titanium brings to the table makes it a natural choice for many shooters who are looking for one more way to gain an edge on the competition. By now, we all know that lighter is faster. In competition shooting, you’re not going to get very far if you can’t keep up. Every chance you get, you have to reach for an advantage and that’s the whole reason JP Enterprises Titanium Firing pin exists.

JP Enterprises: For Shooters By Shooters

You know when you choose an AR-15 titanium firing pin manufactured by JP Enterprises you’re getting a quality AR-15 firing pin that’s competition ready. JP himself is a competitive shooter so you know anything that bears his company name is ready to take on anything that comes out to play at the range. JP, the JP shooting team, and the United State Army Marksmanship Unit are some of the best in the world, and they all use JP Enterprises rifles and JP components in their own builds. Why would you use anything else? 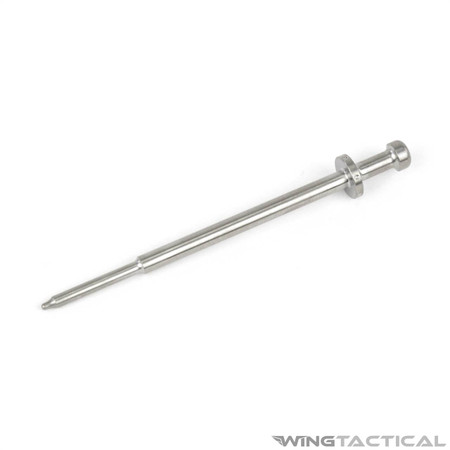