What Makes the EBRV3 Exceptional?

The Phase 5 Extended Bolt Release v3 is designed and manufactured as a single unit with no annoying plates or screws to mess around with or fail unexpectedly. This is a low-profile bolt catch, yet it features a larger finger tab so it’s easy to release by just reaching out with a fingertip. Grooved contact surfaces at the finger tab and elbow of the EBRV3 AR-15 Extended Bolt Release offer solid purchase for sure operation even in adverse weather conditions.

Why in the world would anyone take the time to make three versions of something as insignificant as an AR-15 extended bolt release? Because they can make it better, and you deserve the best. Phase 5 continues the evolution of the AR-15 bolt catch by bringing the small arms community a drop-in replacement bolt release that is compatible with almost every upper out there. Phase 5 EBRs are a favorite upgrade control of tactical instructors worldwide. You don’t get that kind of love by stopping at “good enough.” 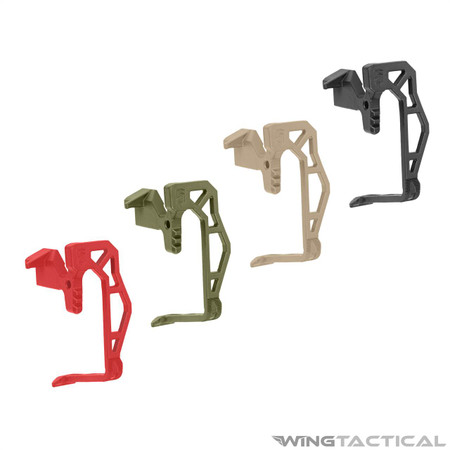