Attaching a sling to your weapon has gone from being seen as an accessory, almost to standard gear. The rise of rail systems has, in some cases, made sling attachment a problem. Many of the new rail systems do include a QD sling mount. However, on that rail, the mount point cannot be moved. Getting an Impact Weapons Components KeyMod sling mount lets you attach your sling where it works for you.

The Easy Way Out

Nobody likes wasting money on something they don't need. A new rail system isn't cheap. Where a simple IWC KeyMod sling mount is the low-cost answer, could you get away with spending less? Well, you could get a piece of rope and tie it on as a sling. I've always tried to go with the lowest cost solution that works, and that I can trust. If you run a KeyMod rail, and you want to mount your rifle sling where you want to, Impact Weapons Components is the answer.

Not For The Faint Of Heart

Okay, maybe you're not a sniper in Iraq, and your life doesn't depend on your equipment. You still need and deserve reliable, durable guns and accessories that perform as expected. I'm sure you can find a QD sling mount for a couple of bucks from overseas. When that low-cost, foreign-made mount fails, and your weapon clatters to the ground I want you to tell me about the dollar you saved. An Impact Weapons Components KeyMod sling mount is made in the USA from American sourced 6061 T6 aircraft aluminum. This QD sling mount will accept any standard or heavy-duty push-button QD sling swivel. IWC is your low-cost, virtually indestructible QD mount for a KeyMod rail system. 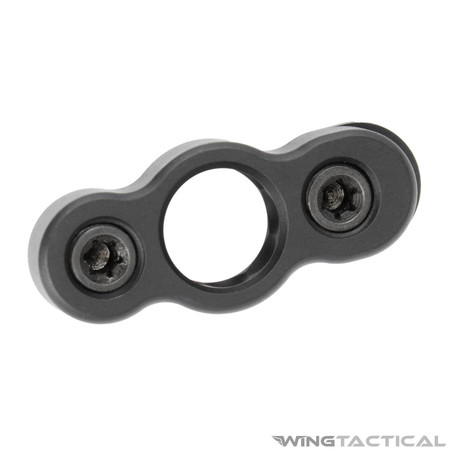