You're a progressive shooter. You want a Harris bipod adapter to work with your KeyMod handrail so mounting is a no-hassle proposition. Introduce yourself to the cutting edge style and American made quality of the Odin Works K-Pod KeyMod Bipod Adapter.

The Odin Works K-Pod KeyMod Bipod Adapter is an easy to use Harris bipod adapter designed to fit so flawlessly onto the KeyMod rail of your hand guard that it almost melts away when not in use. The low-profile design of the K-Pod adapter won’t snag on equipment when you take off your bipod. Installed, it only weighs 0.75 oz. You won’t even notice it on your low-impulse competition rifle.

The Odin Works K-Pod KeyMod Bipod Adapter is precision manufactured from 6061 aluminum with a black anodized finish that will blend perfectly with your standard finished handguard. Like all KeyMod accessories, the K-Pod Harris bipod adapter installs with no aggravation. Just fit its attachment lugs through the round portion of the KeyMod keyholes and slide them up into the slots. Secure the adapter with the screws ODIN Works provides and snug them up with the hex wrench that ships with your K-Pod. ODIN Works puts you in the action with no hesitation.

Once installed, the Odin Works K-Pod KeyMod Bipod Adapter lets you change from bipod supported shooting to freehand with no preamble, just unclip your bipod and you’re off and gunning. The low profile design of the K-Pod keeps it out of the way when you don’t need it. Grip your hand guard however you like. Don’t worry about getting hung up on other equipment when you handle your rifle with the Odin Works K-Pod KeyMod Bipod Adapter equipped, it’s almost snag-proof.

The team at ODIN Works designs and manufactures specialty firearms components and accessories that either improve upon existing products or bring a fresh approach to fulfilling a need they, as active gunners, have identified. They understand the problems shooters encounter and have a broad knowledge base to draw on when they set out to address those issues. ODIN Works wants to make you a better shooter and they know what it takes. 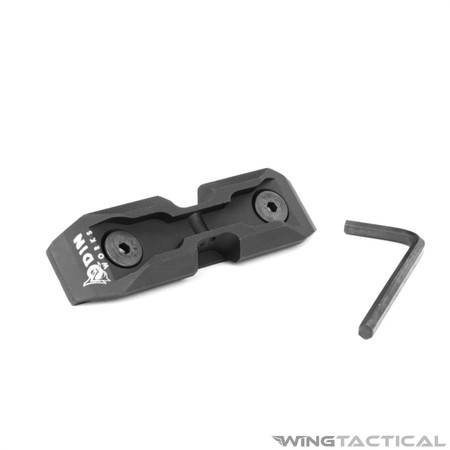