Have you ever made a modification to your AR-15 just for aesthetics? I think at one time or another most of us have. There doesn’t have to be a reason why just because you want to is reason enough. However, when you can justify an aesthetically appealing upgrade with a functional advantage, people won’t ask why they’re going to want one too. The Ascend Armory Mod 2 QD Endplate brings both function and grace to the table to make your AR stand out among its peers.

Obviously, Ascend Armory brings character and a touch of class to this endplate with all of its bevels and angles. However, there’s a method to their madness. You see, just look at a normal endplate and notice how thin and cheap it is. Think about all the money you have spent on your rifle, do you really trust that cheap little thing? The Ascend Armory Mod 2 QD Endplate added all that material not just to look pretty. Inside you’ll find a set screw. Once you torque down your castle nut, you simply torque down that set screw. Leave the staking for the tent pegs. 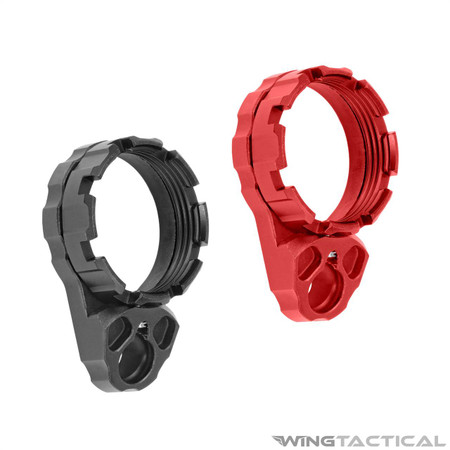