The Ruger Mark series of pistols have been around for decades and have proven themselves to be famously reliable. Except for the occasional misfire, for which people like to make all kinds of excuses. Well, now you can straighten out that little problem and make that Ruger super-reliable. All you really need to make this happen is a Volquartsen Ruger Mark IV firing pin, which it will also work with Mark I, Mark II, and Mark III.

A Little Firing Pin Can Make A Big Difference

Right off the bat, you have to admit that the Mark series of Ruger pistols are nearly bulletproof, no pun intended. Their one shortcoming is that standard firing pin. I know, Ruger mass produce parts, but it simply falls short of the mark. Fire the pistol for a bit, and let some carbon fouling get into the bolt, it can't help but misfire. Short of going all in for a custom bolt, the best thing you can do is put in a better Ruger Mark IV firing pin.

Volquartsen doesn't turn these things out by the thousands, each one is precision EDM wire cut. This Ruger Mark IV firing pin is coaxed out of hardened tool steel and it has one purpose in life, to make your shooting life easier. Even without any other changes, you will notice better lock time which can easily lead to increased accuracy. Its smooth, hardened, consistent surface will help keep the carbon fouling out of your pistols bolt. You will get more reliable strikes and fewer light strikes. And who knows, more trigger time could bring you one step closer to competition grade shooting. At least it's more fun. 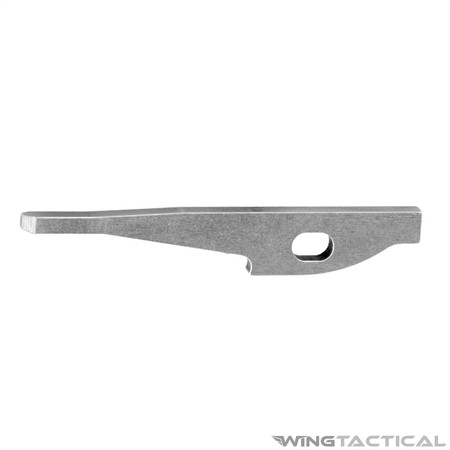