When you really get into an ultra-light build you start looking for places to save any weight possible. If you’re like me about the first place I went to is that old steel endplate, let’s upgrade to an aluminum QD endplate. However, not any old endplate will do because you want the best, and the best is the V7 Ultra-light QD Endplate, it will do.

No doubt, your new V Seven Ultra-Light QD Endplate is machined from super hard 7075-T6 aircraft aluminum that is virtually indestructible. That’s important when you consider everything going on in front of that aluminum QD endplate that you really want to stay in front of it. V Seven machines every single V7 Ultra-Light QD Endplate to Mil-Spec standards so your AR can slip it right on. The 7075-T6 material ensures it’ll stay that way.

Certainly, you can pop on Amazon, and likely find something cheaper. However, would you trust unknown manufacturer to build such a critical part to keep your American weapon together, I think not. V Seven Weapon Systems is totally all American, from the birth of the idea for your new V Seven Ultra-light QD Endplate until it leaves the factory. If, and I emphasize if you run into a snag, and have to call their customer service department you won’t be stuck talking to someone in other country that you can barely understand. They didn’t design the V7 Ultra-Light QD Endplate to fit an AK-47, it’s made to fit your AR, it’s made to fit you. 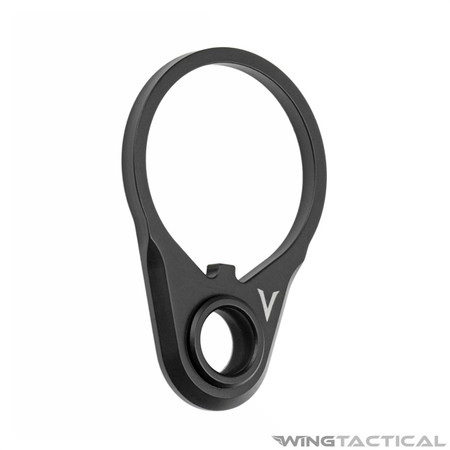