Who would ever need a quick-detach Aimpoint mount? Well, if you're an old-school, bolt-gun guy, just turn the page. However, in a world where survival means that you have to change, adapt, and overcome to win, then you need a QD mount for your Aimpoint. Because you never know what might happen.

Years have been spent developing the Scalarworks LEAP Aimpoint Micro Mount. When you're firing through an Aimpoint, usually that means things are happening relatively close and fast. The LEAP Aimpoint Micro Mount was designed with that shooting style in mind. She is sleek and streamlined. The bottom line is this mount is built tough as a tank, but it handles like a Katana. Now in its third evolution, the LEAP is the essence of perfection where less is more. That means less in the way of useless material and weight and more in the direction of performance. Scalarworks chose a billet of 7075 T6 aluminum as the genesis for your ultimate micro mount. Both strong and durable, this little LEAP takes you miles ahead.

You Can Depend On This Lightest, Strongest, And Most Compact QD Optic Mount

What good is a QD mount that won’t keep its zero? That’s right, zero. If you don’t use a Scalarworks LEAP Aimpoint Micro Mount, then you might as well get some Duct tape. Just a few wraps and you would be doing just as good as a cheap QD mount that doesn’t work. On the other hand, if you want your weapon to shoot dead-on, and you must have a solid mount that you can take on and off in seconds. Then you need the Scalarworks LEAP Aimpoint Micro Mount clamped on your picatinny rail. 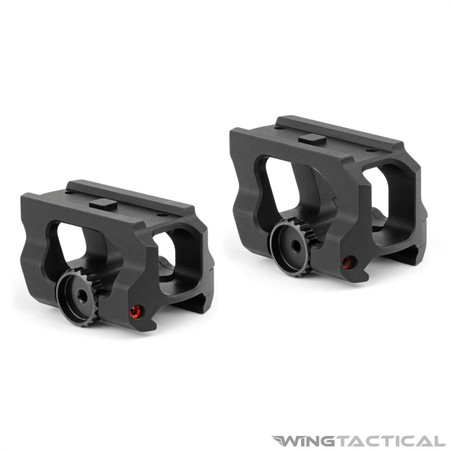